A few of my earlier builds....

Sturmpioniere... Voran!
The idea behind this is to show a group of battlehardened pioneertroops, advancing into Russia, clearing roadobstacles. The state of their uniforms and vehicle show this.
The troops know that they will live longer by keeping their head down. The cocky NCO in the halftrack has not learned this.... yet.
The vehicle and figures are from Dragon and I made this in 2007. 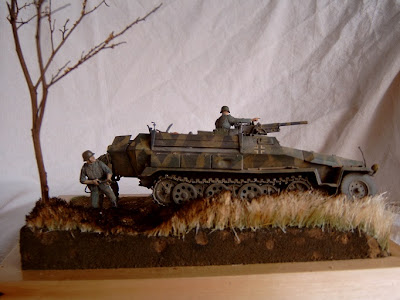 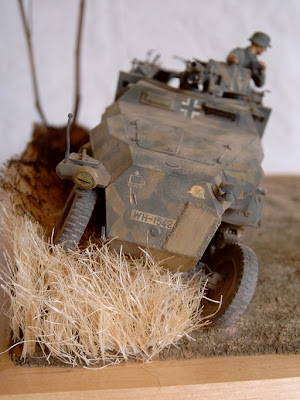 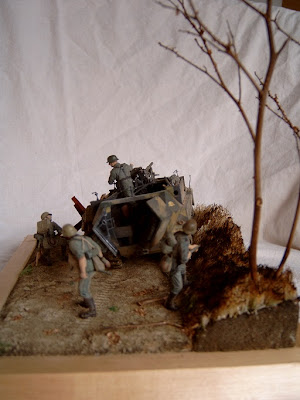 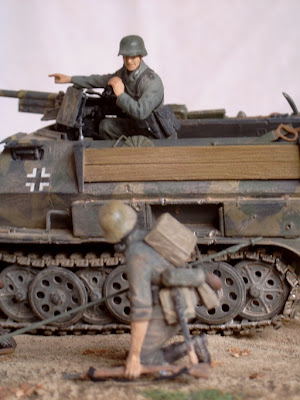 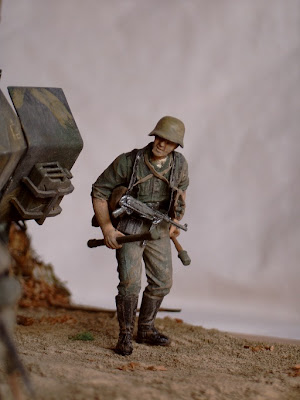 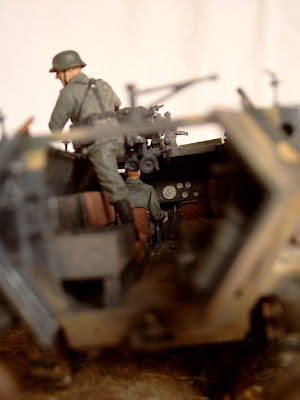 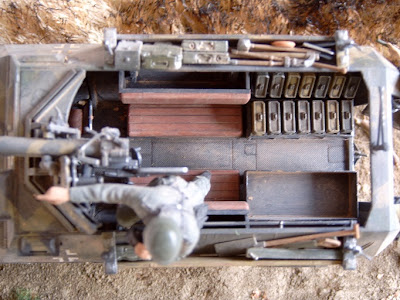 French colonial troops, awaiting the German advance in france 1940.
A hastily erected barricade in a French townsquare forms a "wall" behind which these troops and their 25mm antitankgun take cover, waiting for the first panzer to show up. The guncommander looks at the statue, wondering about what it was like back then and what it will be like now....

The figures and the gun are the ancient Heller-kit. The napoleanstatue is a Historexfigure in 54mm and the pedestal is made up out of 2 wooden blocks kids play with. The barricade comes mainly from the scrapsbox and the square is cast plaster with cobblestones carved into them. The loose cobblestones are plaster too. 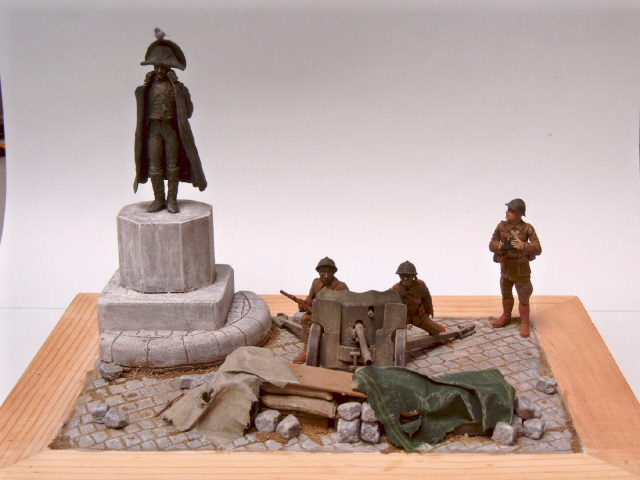 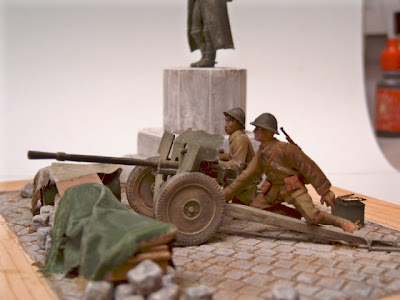 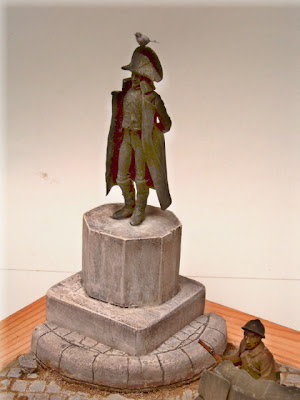 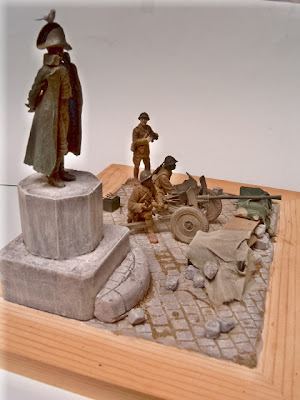 The Pz.Kfw. 35(t) is an older CMK-kit; the Skoda LT vz.35. It is build straight from the box with the addition of some external details.
It is ploughing through a field of grain in France 1940.
The grain was done by painting tufts of bristles from an old wallpaperingbrush, each tuft individually painted and glued on. It turned out to be much to blue for young grain....
I made both little dioramas in the summer of 2008. 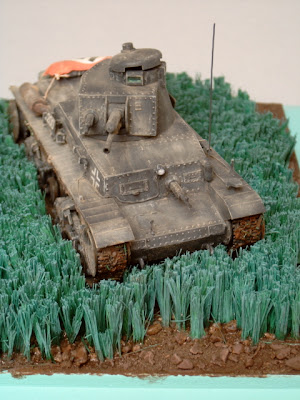 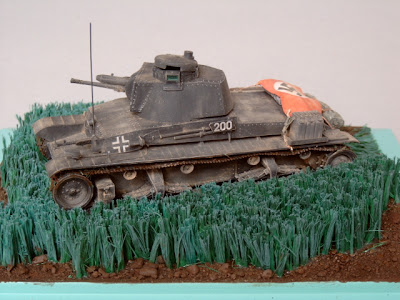 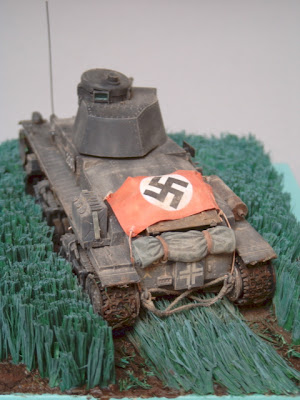 Bastogne, Ardennes 1944.
Surrounded, a group of US airborne are out on patrol, hearing the noise of an engine. They see a lone Kettenkrad with PaK37 wallowing through the snow. A single shot takes out the driver and they're going to investigate.
Figures are from Dragon as is the Kettenkrad. The German casualty is made up out of all kinds of parts and the PaK is the old tamiya one with an etched shield, metal barrel and foil cloth.
The snow is my first attempt to use backing soda.
I made this one in may 2009 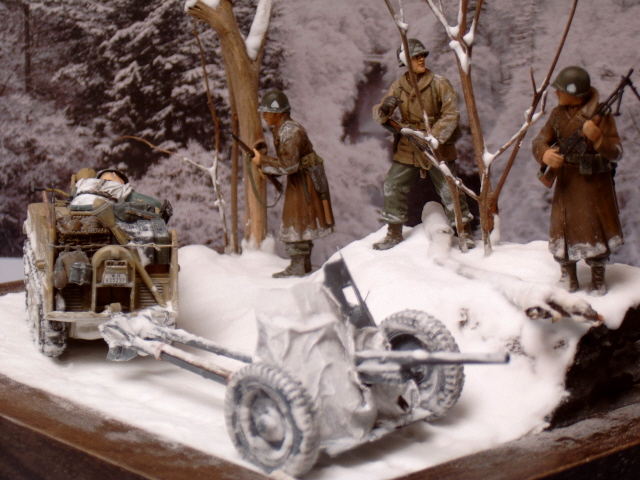 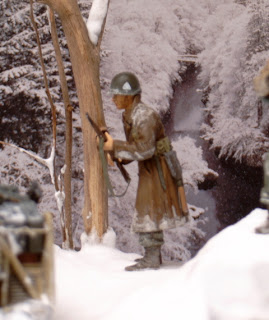 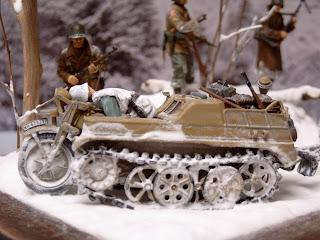 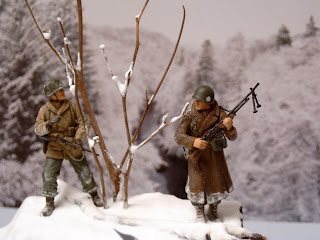