As I said I played around with the setup a little. I wasn't completely happy with how it looked, but fixed it!
The pointing figure and 2 of the sitting figures moved or were replaced. The result of that was that the small section of railcar suddenly was empty.... But I found just the thing for that in my modelcemetery... It was an old Tamiya StuG III, previously built by my son. 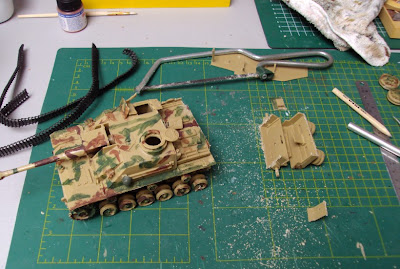 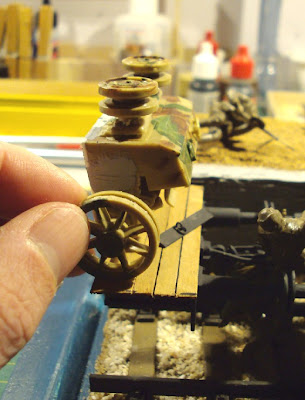 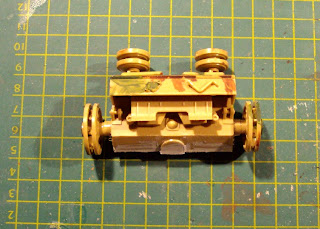 In order to rework the rear I used these pictures from primeportal.net Finnish StuG III

I placed everything and everyone in a more or less final setup. The raketenwefer Püppchen is a metal one and comes from the sparesbox, the same as the StuG and all the crates.
One of the problems I ran into was fixing the StuGrear. It is too wide, only slightly, but still. It is also quit fragile, so I had to figure out a way of attaching it firmly. There was also a gap at the bottom of the dio. An empty space where nothing happened. I fixed that too, by adding 2 more figures. 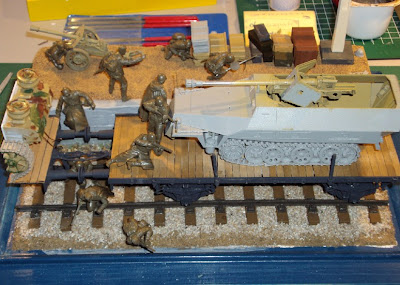 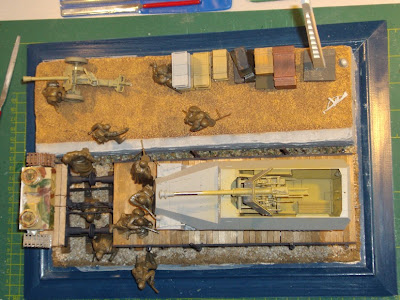 I altered the fingerpointer's head, so he now yells at the crouching figure behind the crates. 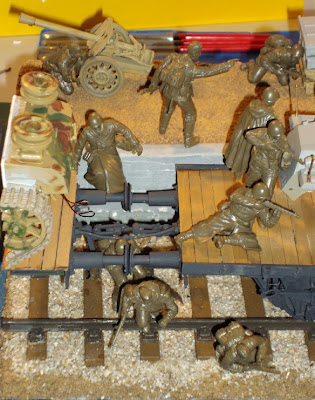 18 jan. 2010
I am still waiting for my parts to arrive, so I focussed on the figures and accessoires. The figures have their basic coats of paint. I want to have some Mongolic/Asian troops, hence the dark basic skintone. 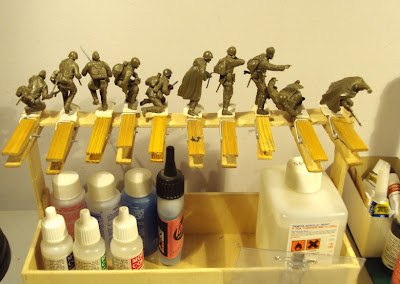 I also exchanged the expensive resin ammoboxes for cheap plastic ones from the sparesbox and draped a tarpaulin over them. That one is made from some umbrellacloth. It is thin, has e great structure for representing canvas in this scale.  Since loading and rigging armor for transport requires the use of wooden blocks and beams, I made some of those too..... from the stabilizing stick of fireworkrockets. The have weathered nicely outside since new year's day.... 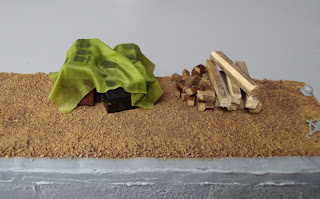 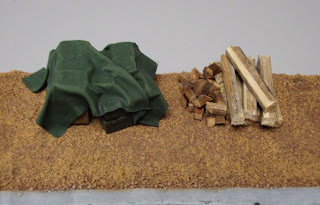