I hve come to the hardest part of modelling; the painting of the figures. Somehow I still lack the feel and tough of that.
The first 5 figures are done, except from blending in with the diorama. They're tired, dirty troops, who've been out in the field for a while. The green is Russian uniform green from Vallejo, mixed with greens, browns and sandcolour in a variety of ways. The gunslings are made out of paper, which fall naturally if you make them wet with glue. Takes the natural tension within the paper away too. 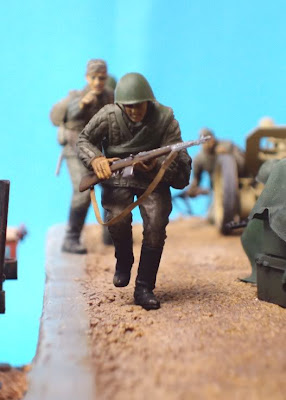 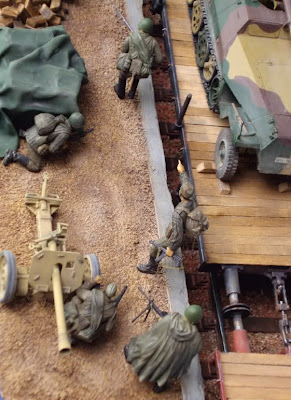 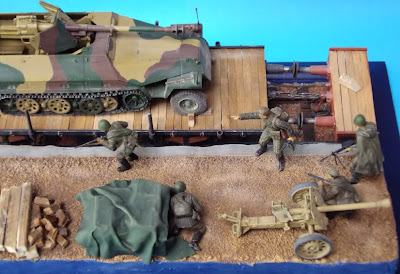 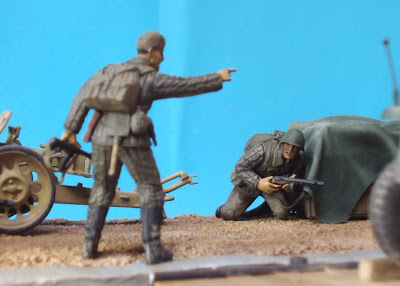 27 jan. 2010
And here it is; the StuG's little tush.
After figurepainting I wanted to do a little more building, so what did I do...
- drilled out the exhaustpipes
- sanded down the exhaustprotectionplate and mudguards
- filled several holes
- added pieces of singlelink tracks
- made an intakegrid
- built a stowagerack
- made some L-shaped irons and added bolts to them. I use clear lacquer to fix them in place instead of glue.   I got this tip and it makes it possible to slide the bolts into the right position, befor they set.
- added tracktensioners and towing eyelets
- replaced the fillercap on the hindplate
- made a supply of bolts from sheetstyrene
- added rims along the mudguards
- added box and liftinghook to the reardeck
- and draped 2 towingcables across the rear 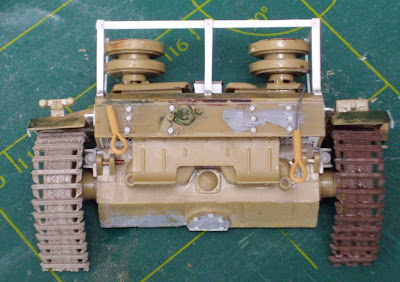 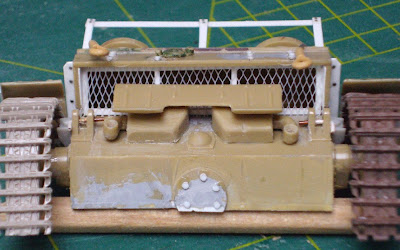 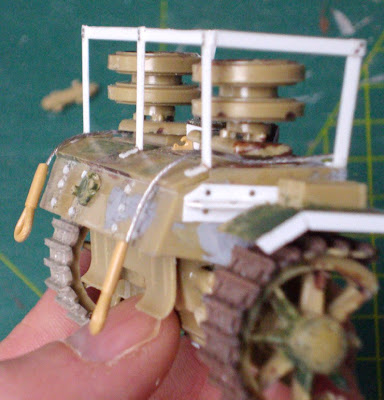 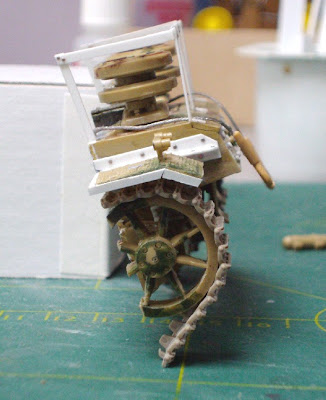 I did it! The StuG is standing on its own!
I also added the basic coats of paint; redbrown stipes over dark yellow. 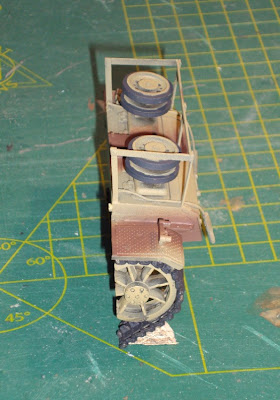 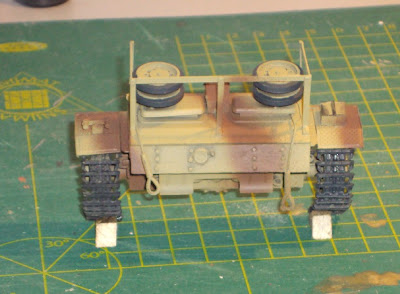 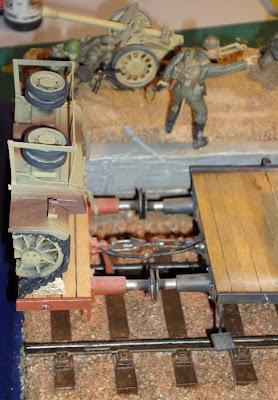 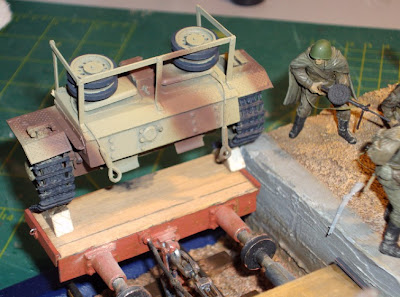 12 feb. 2010
The steam and momentum has gone.... but still there is progress, even if it is slow.
I started working on the last batch of figures. They have their basic coats, but will be put on hold untill I have better paintingdays.

I also did a little more work on the StuGpart 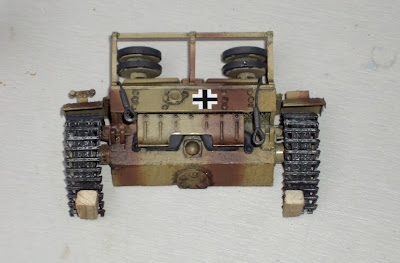 21 feb. 2010
I have entered the finishing stage of this build and I consider the vehicles done.
The StuG got several layers of dirt (pastels, both wet and dry), some more washes and drybrushes and as finishing touch an oilleaking lid with stains on the wood below. This was suggested by a fellowmodeller on armorama. 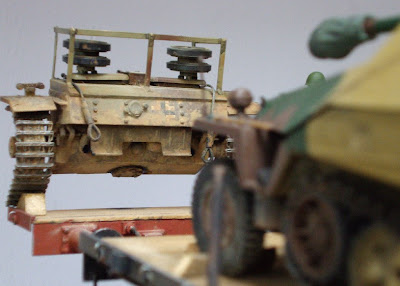 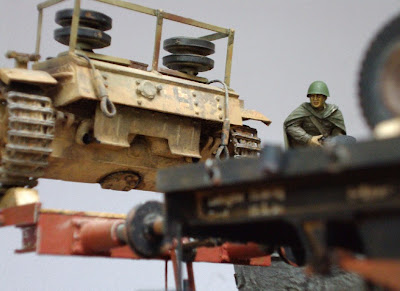 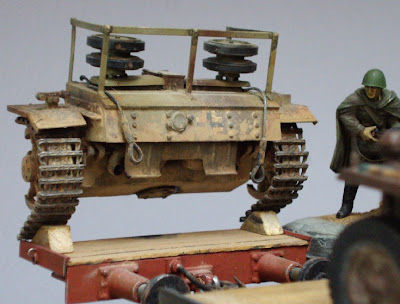 The 251 got some final details, such as a string across the side for camouflagepurposes and a protective cover over the muzzle. Found that one in a sparesbox I recently purchased. 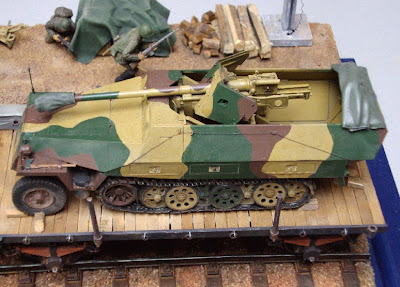