Here are all the pictures I could find on his halftrack commandvehicle. It appears to be a series of 6, which seem to be taken on may 15th, 1940 in France.
All the pictures come from The Bundesarchiv in Germany. As you can see I did make some mistakes with the interior of my build of this vehicle. Wish i had had all those pictures as a reference back then. So if anyone wants to build this vehicle, here you have them all. 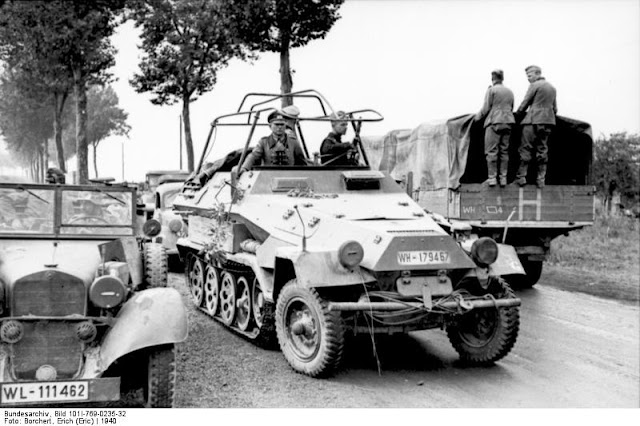 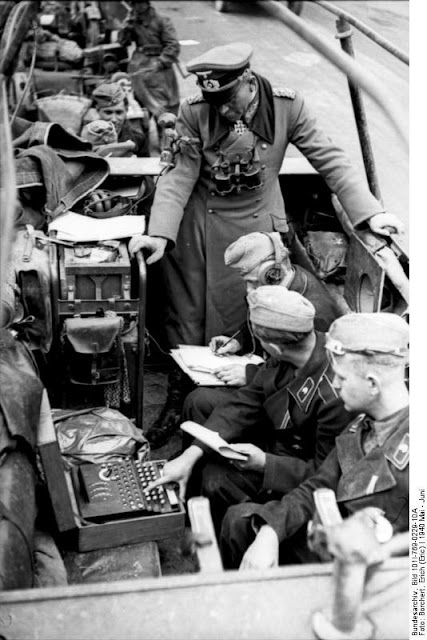 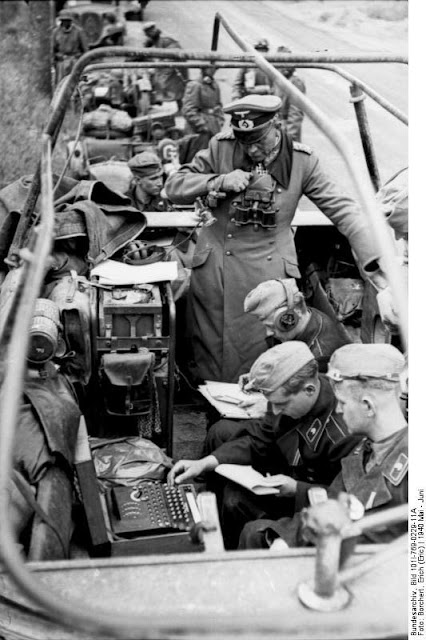 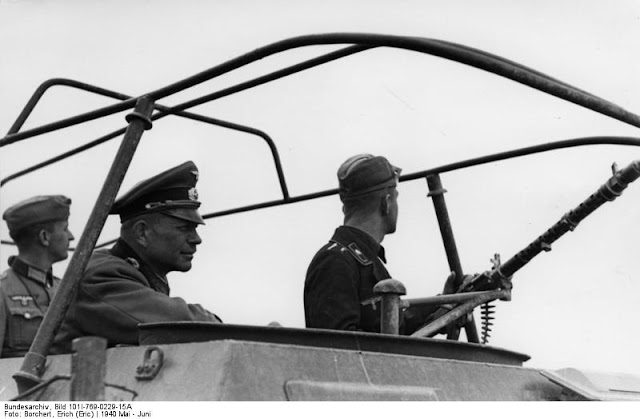 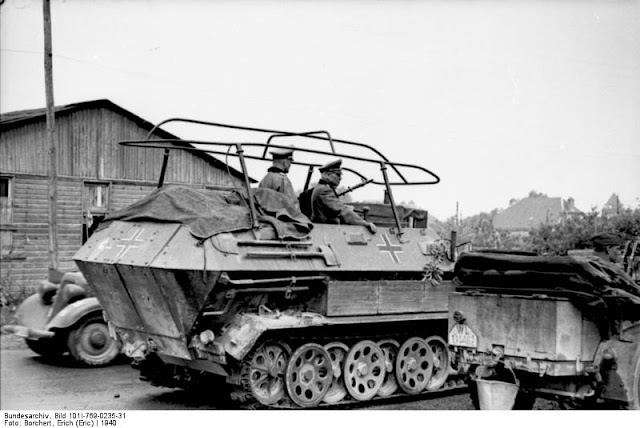 There is one other, where he is seen talking to General Adolf Kuntzen of 8th Panzer Division, France, May 1940 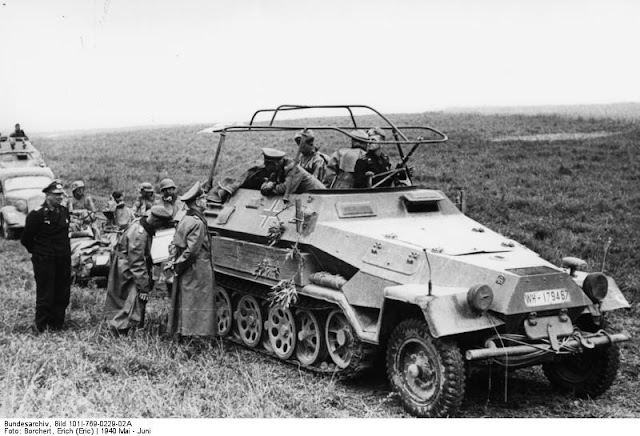 april 16, 2013
I found some more pictures and added them here, too. I thought I had lost these, but was able to retrieve them from my old pc, which died with a bang.... 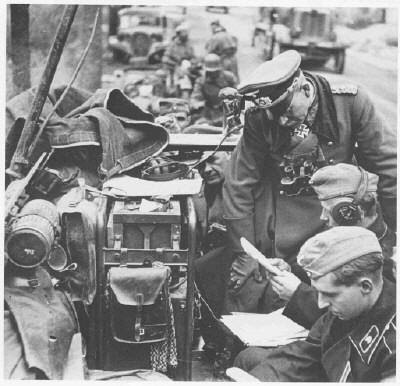