After all the previous finished builds I posted it is about time I started actually building again.
For this I chose the following picture and I will try to replicate that as good as possible. It is a command halftrack from the Nordland Division, situated in Letland 1944. 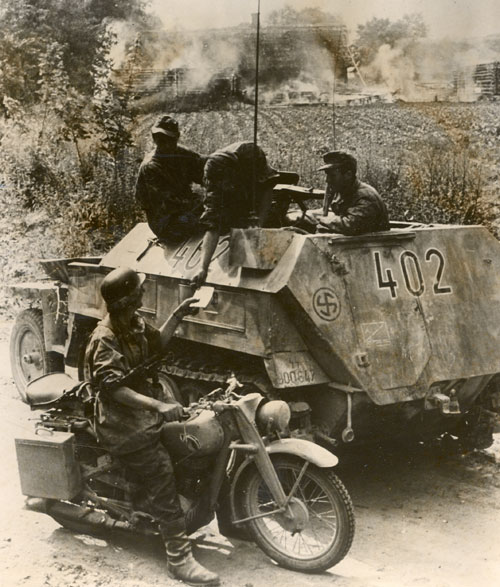 These are the kits I will be using, apart from the Zündapp w/ sidecarkit. 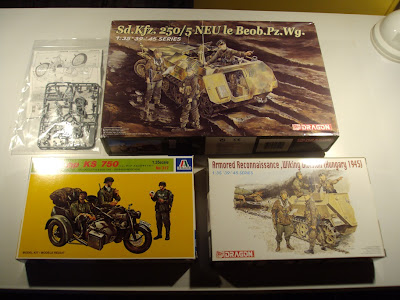 Much to my surprise I noticed that, after opening the box and checking the contents, the vehicle depicted by Dragon on the boxart has a strong resemblence to the actual vehicle. The interior, the markings and even the sitting figure in the accompanying box, which is also shown on the boxart, are very similar. 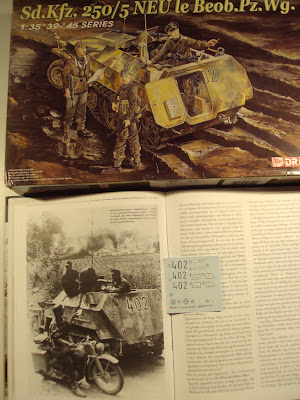 So I started with doing some research first. The first question that arose was wether this was a 250/3 commandvehicle or a 250/5 observationvehicle, since those 2 decriptions pop up and are used or mixed up regularly.
So far I have come to the conclusion that appearantly the basic vehicles were identical. The only difference being the actual designation, intended role of use and adaptation for that role by matching radiosets. The various sources I checked mentioned even the radiolayout to be mostly identical, being the FuG4 and FuG8. With higher levels of command or within the Luftwaffe that would vary.
Given the fact that by the time the 250 Ausf.B was widely used, the german army would facing materialshortages, so I somehow doubt if they would be using (wasting) an expensive vehicle that was much needed by combattroops as an observationvehicle.
Unfortunately there is very little photographic evidence of the interiors of these vehicles, wether they are different or not. The few pictures I found all showed the same layout, both for the /3 and the /5.
All the pictures are from the Bundesarchive. The first 2 pictures are from the same series and the latter 4, also. 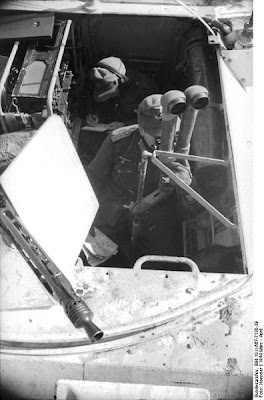 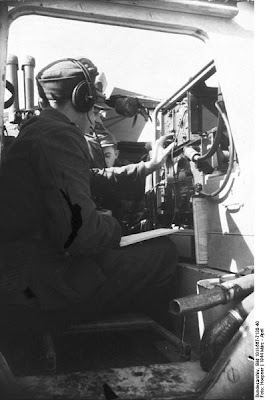 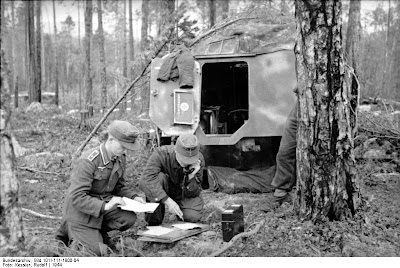 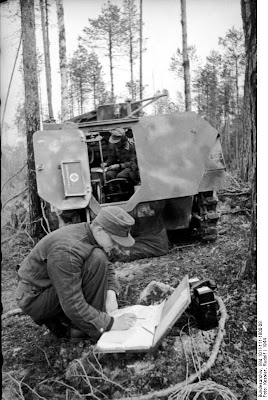 This picture actually is identified as a 250/ commandvehicle in one of the Waffen Arsenal-books, band 178. 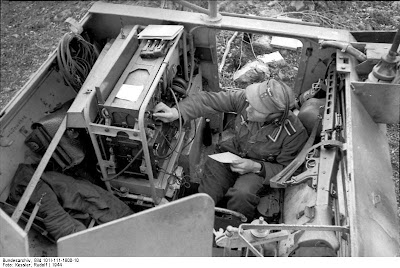 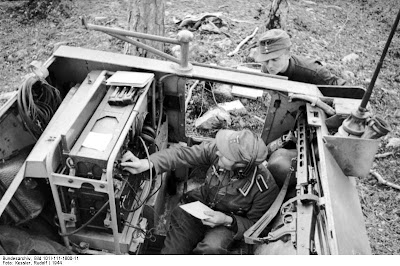 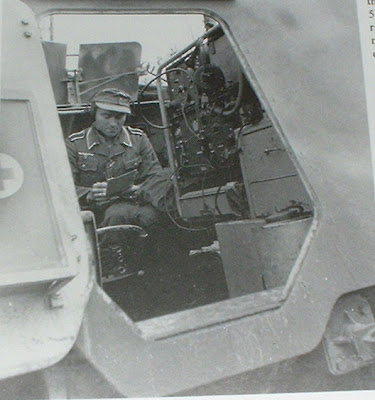