Here's a picture of what I intended took include into this build; To the right uppercorner the stuff Dragon provides, to the left uppercorner the stuff I think they should have included as well and at the bottom half the extra's I will be including... and as it turned out that became even more... much more... 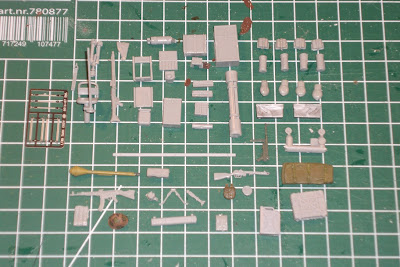 For the layout of the interior I used interiorshots of a 250/3 or /5 Ausf.A. I figured they would use the same layout for an Ausf.B. So I added the parts shown in the top half of the above picture. 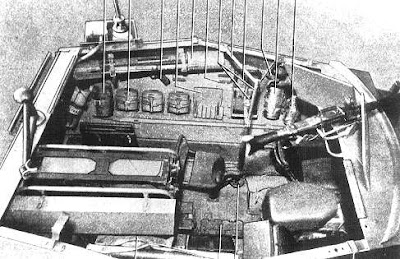 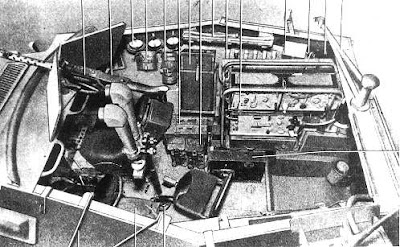 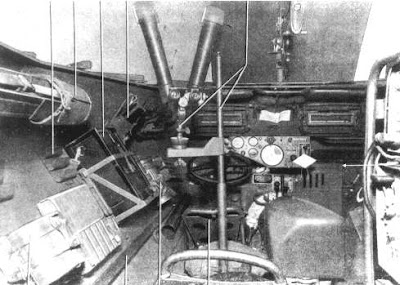 I also did some basic work on the figures, making sure they would fit and that I would have a suitable crew of 4. Unfortunately the standing guy in the middle is not wearing a smock and the guy in the rear is sitting, instead of (half) standing. 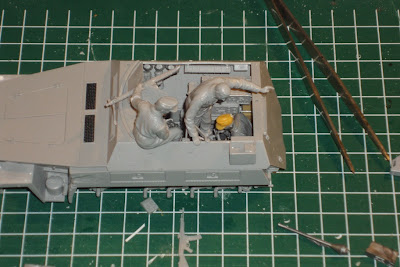 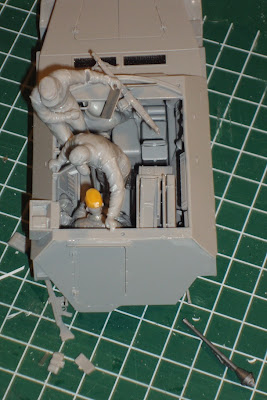 The driver I have described allready, the sitting figure on top was altered in that I carved away pieves of his rear, so that would follow the contours of the grabhandle and rim. I had to stretch out his left arm in order to reach the gunshield.
The stance of the commander needed altering too. He was standing with his feet apart and I wondered why? He'd never fit like that...... Untill I realised that he was constructed to stand on a bench, which was a standard feature of a 250. So I needed to bring the feet closer together. I cut off his left leg and sanded and dryfitted until I got an acceptable fit. I also used a bare head from the sparesbox. The sitting figure in the rear is an old tamiyafigure (I think, judging by the features). He just got a small Dragonhead and fieldcap. All the figures need to be reworked and toughed up at this stage. 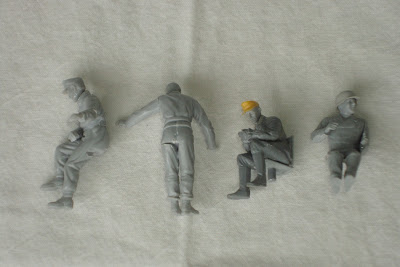 And after that I got a bit carried away....
I searched through my sparesbox, thinking that a crew also had personal gear.... and weapons... and other stuff... I started collecting all the things a German soldier would have; a personal weapon, ammopouches for that, a haversack. In order to show the wide variety of weapons used back then I took a Kar98 for the radioman, the driver had his MP40, the passenger would have a Sturmgeweht and the commander a captured ppsh. In the book there are several mentionings of armorpiercing weapons, so a Panzerfaust was added too. A case of handgrenades, an ammobox for the MG42 and one with drummagazines. I added belts, where appropriate. Offcourse there is vehicle-equipment too; the metal strips that hold up the tarpaulin, the tarpaulin itself, the scissorbinoculairs, the second MG42 and there was this strange looking opening at the bottom of the radio. I added some drawers from Tamiya's set.

And I crammed all that into that tiny open square in the back and I glued it all in such a way that I can handle each subassembly seperately while painting. 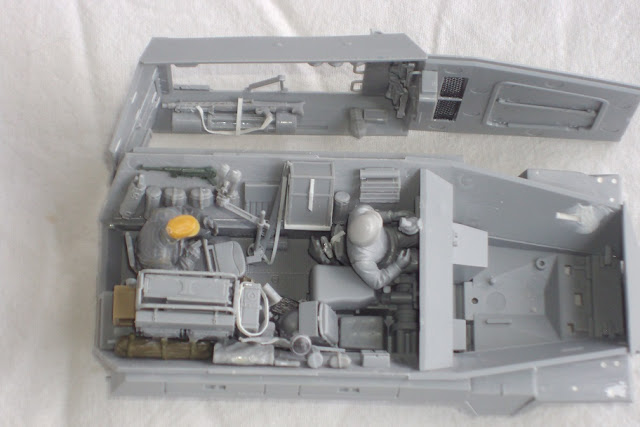 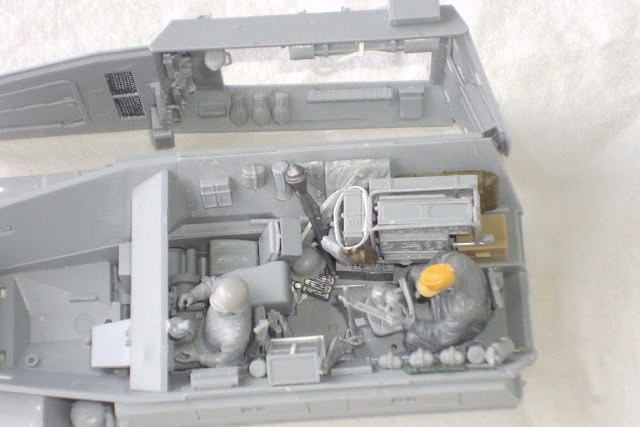 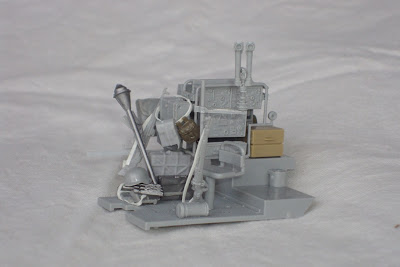 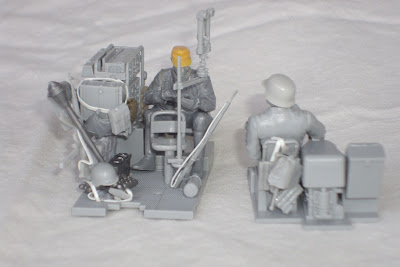