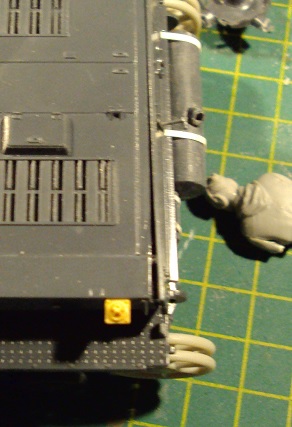 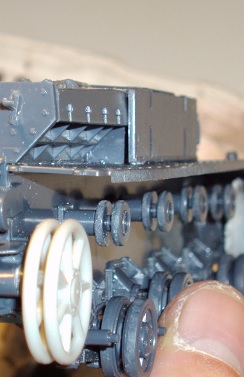 The build continued.....
After initial good progress I started coming across problems with the fitting of the hullpanels. The back, the sides, the front.... all showed gaps and it proved quite troublesome to get them to align and closed up.
At this point at decided to try out a completely new technique to me; making weldlines, using stretched sprue and glue.

The idea is to soften up the plastic strands with the glue, put them in place and then, using a hollow needle, press in the shape of the weldbeads. That was easier said than done and for some reason I found that quite hard. If I waited to long the glue would dry out. Was I to fast than the plastic would not be soft enough. It was a balancingact between time and quantities of glue used. I also noticed that Tamiyasprues (orange) worked a little better than Dragon's (grey). But with those weldlines in place the gaps were effectively filled and hidden. 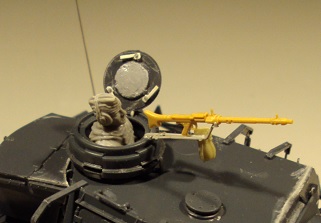 The rest of the build was a pretty straight forward build....meaning I did not encounter any more major issues, except for the hunting and gathering of spareparts and the fixing of minor issues, such as the hatches. The driver's and co-driver's hatch had some smaller hatches on top of them, yet I could find no references for those. So I removed them. The commander's hatch was an overly simplified specimen, lacking details and showing a major ejectormark, smack in the middle. By this time I had decided to have one figure, so the lid would be open. I carved away all the "details" and made my own; 3 locking arms and a leather cushion.
I thought the turret looked a little empty, so I added a socalled Fliegerbeschussgerät. The arm was broken and took some work to get fixed and I spent quite some time looking for the ammobag! I knew I had it somewhere, but finding it.... 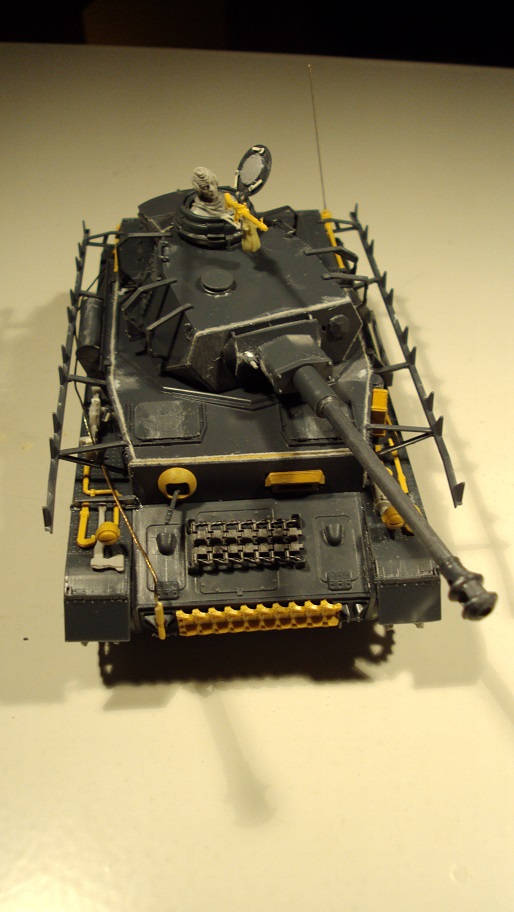 Getting all the other details in the right place took a while too. The locations in the instructions are incorrect and a good deal of the tools shown are incorrect too.
Just for fun I added a real metal towingcable, which resembles the springyness of the real deal quite nicely.
The rest of the build was pretty straight forward, but a bit fiddly, because I let the armored plates off, which will be added after the paintingstage. This did require a bit of measuring and dryfitting to ensure they will fit afterwards. I'll have to add brackets for holding the tracks in place as well.
At this point I am thinking of adding some more tracks to the front and maybe a jerrycanrack to the quite naked looking rear. Maybe I'll toss in a few more antennae and make it a commandtank! 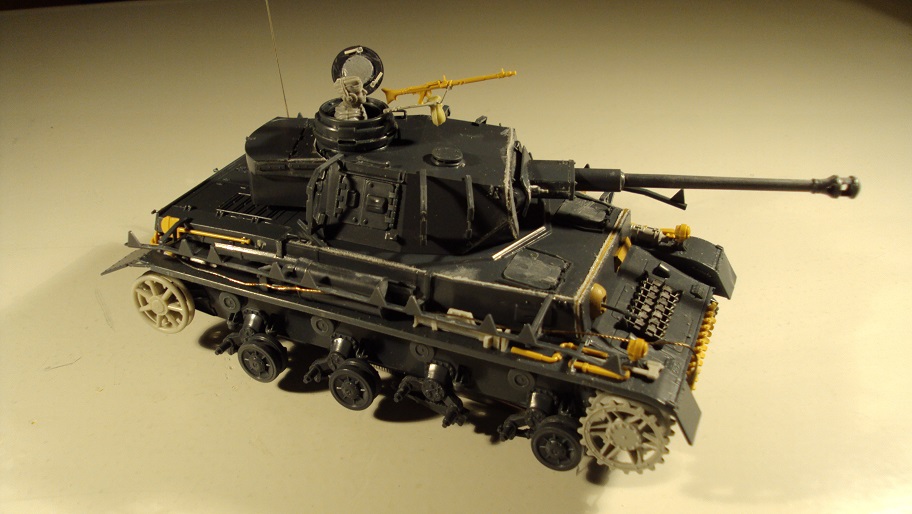 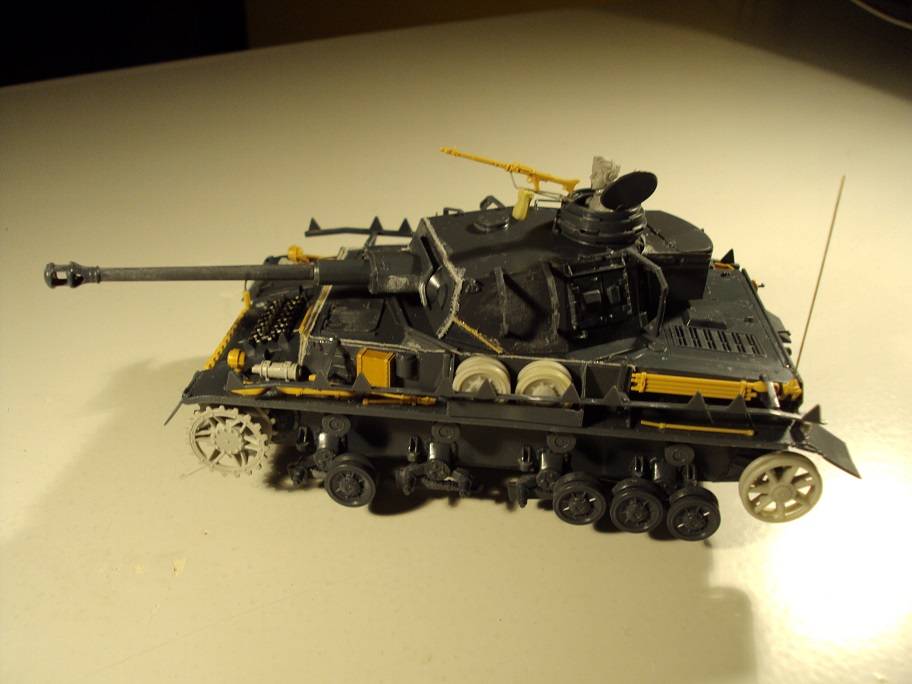