An Odd cat, Italeri's Tiger 1 - the kitten fights back...

The work on the Tiger-tank is continueing and I turned my attention to the cupola, the engine deck and the front hatches.
When the gunshield is in place there is a huge gap between shield and turret, so I filled that up using placticcard, according to my own discretion.
The forward hatches are assembled as per instruction, but I added a metal periscope from the sparesbox, since the original ones had sinkholes and were less detailed.
The colour difference between yellow and orange is too little light whislt photographing the latter. The yellow is the more correct tone. 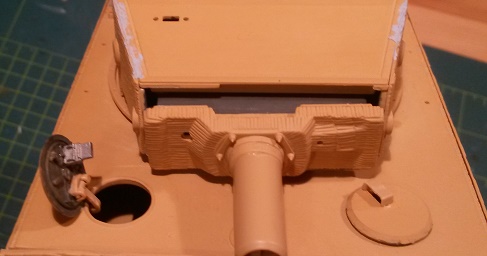 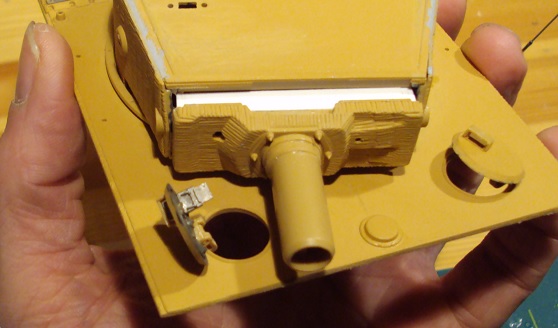 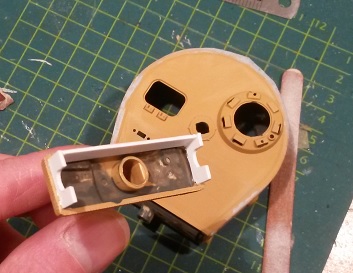 The enginedeck has some pe-grids in place; another gift I received, this time from Holland. They came unexpectedly with a shipment of jerrycans, ammoboxes and grenades. Thanks Richard!
Care must be taken during assembly here. Italeri has marked the position of some parts wrongly.
I marked the spot in red and the arrow shows the correct location. 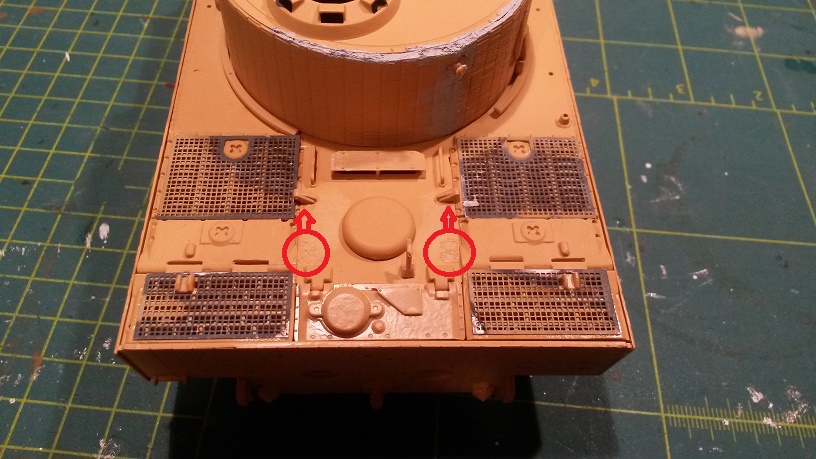 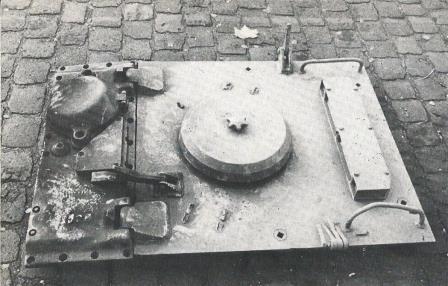 Another problem I encountered was the turretring vs. escapehatch. The hinge of the latter impedes the traverse of the turret!
Did I do something wrong here?? 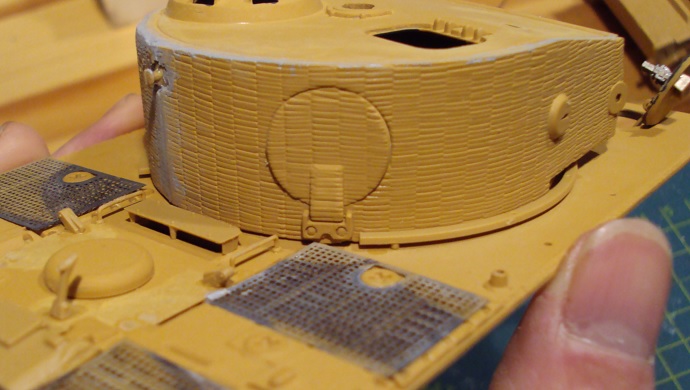