Or "Who says cats 'n dogs don't go well together?" 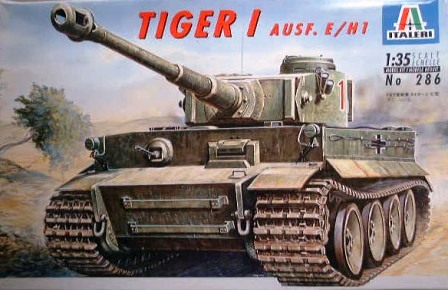 I got this kit from my friend Odd, when he visited us last september.
It is Italeri's Tiger I ausf.E. kitnr. 286.
On opening the box I saw he had already "started" with it, painting some parts and assembling the lower hull, so I just took it from there.
Assembly seemed pretty straight forward and while proceeding with that in between other things, I also did some research, trying to determine what to do with it and how to depict it.
I came across some images that I like and settled for Will Fey's Tiger 1, belonging to 102nd SS Heavy Panzer Battalion. I just really liked the camouflage on that one! And it is the right type of Tiger, too.
With this build I can (re)learn my airbrushskills, painting camouflage and such. 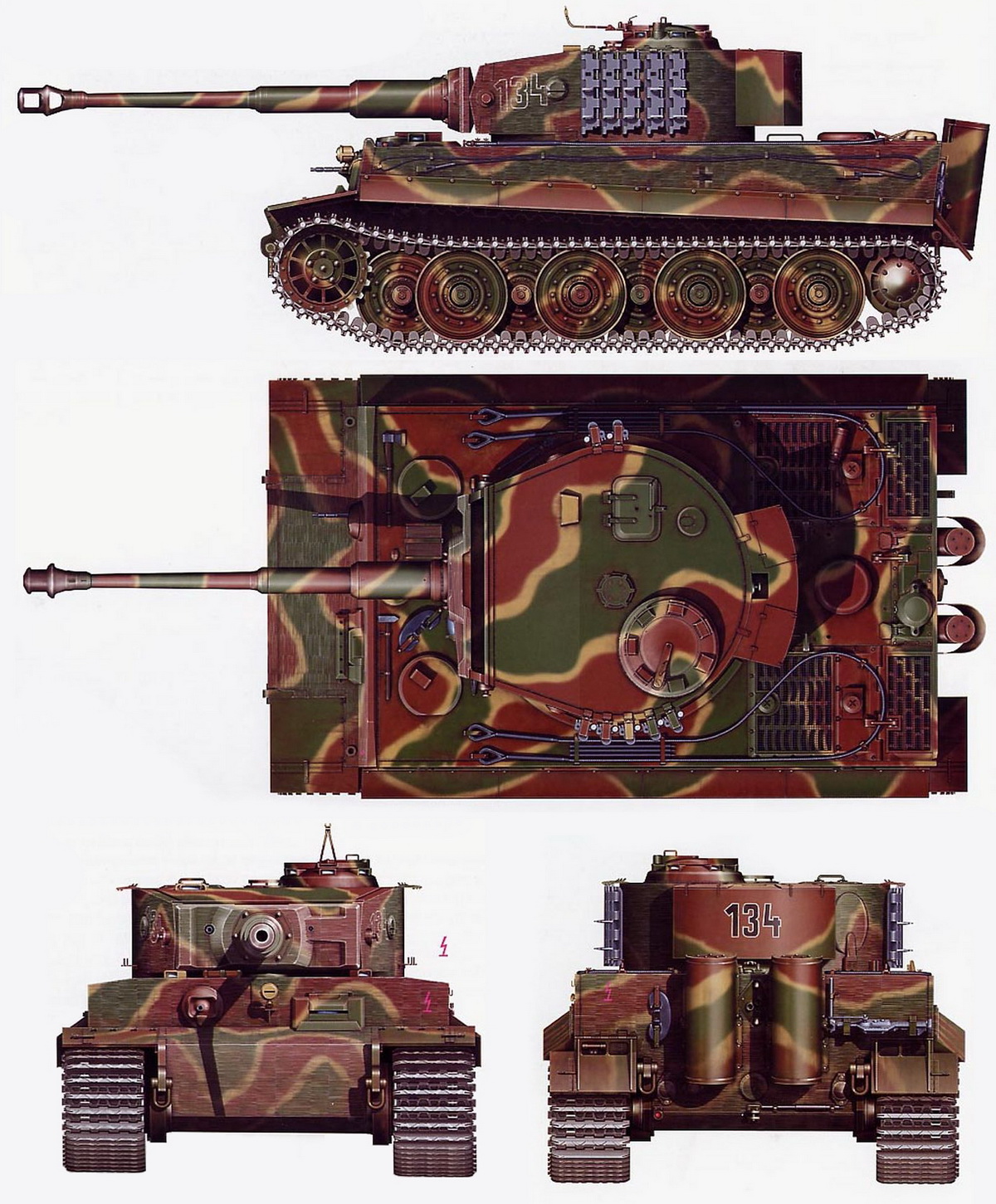 The wheels were straight forward indeed, the turret much less so!
The additional zimmeritstrips needed to be clamped down on the already not to well fitting turrethalves. The result will make some filling and filing necessary! 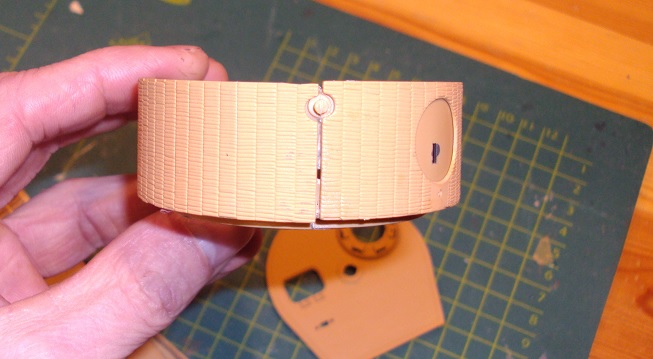 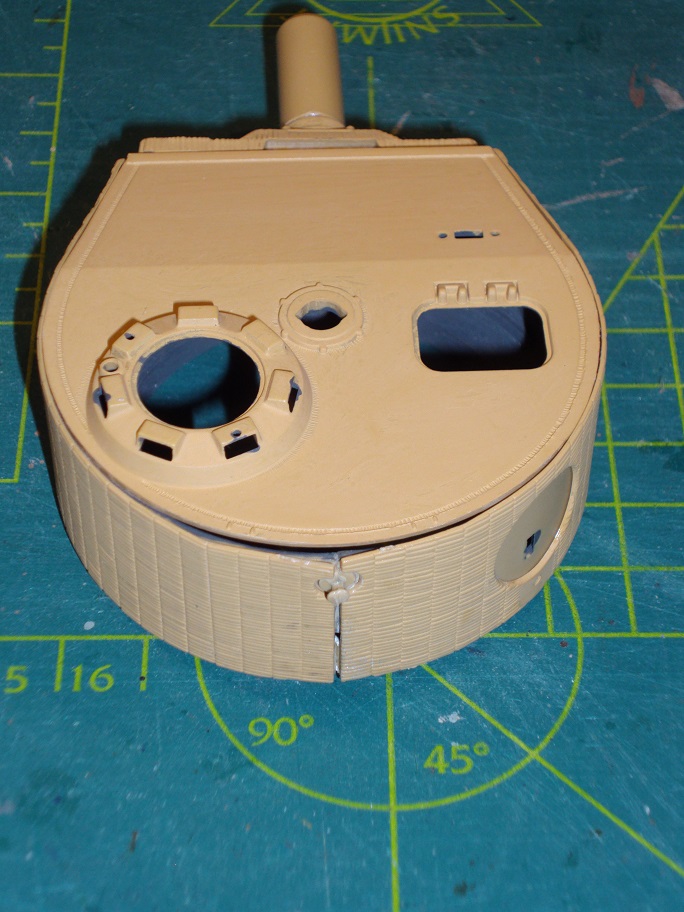 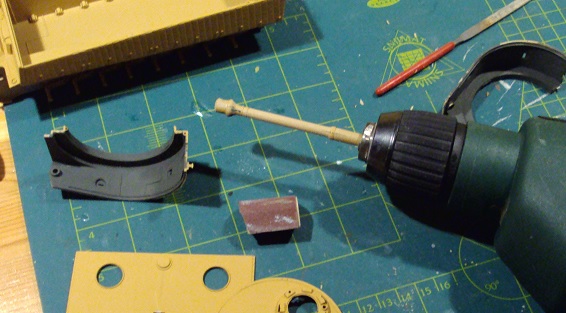 The barrel was the next item that needs extra attention. When glued together it is oval, being thinner at the joining lines!
Nothing some sanding can't fix... Just stick it in a drill, switch on and hold some sandpaper against it, preferably around it. 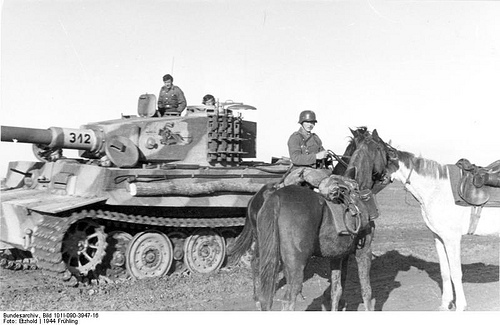 I am one of those folks, who start playing and planning with figures and accessories in an early stage. At first I thought about making a diorama, showing the tank with as many hatches open as possible, thus with a reloading crew. The model has some basic turretinterior, but not much of that would be visible through the turrethatches, even if I opened up the escapehatch too.... which would require quite some scratchbuilding, since the hatch is cast shut. Then I found an image that sparked my interest... The markings that came with the kit match those in the image.
But that required the additional purchase of horse and rider, meaning 2 Dragonboxes; one containing wehrmachtsoldiers on moving horses and one with SS-soldiers on standing horses. Mmm, no... Too much expenses.....
So I dived into my sparesboxes once again and came up with a handfull of figures that made part of the initial plan possible without the need of a large(r) diorama.
The green body comes from an Academyset that came with the Tiger-kit. The rest is Tamiya. The figure on the turret is actually holding a small dog, while the standing officer is teasing it with a bit of food. 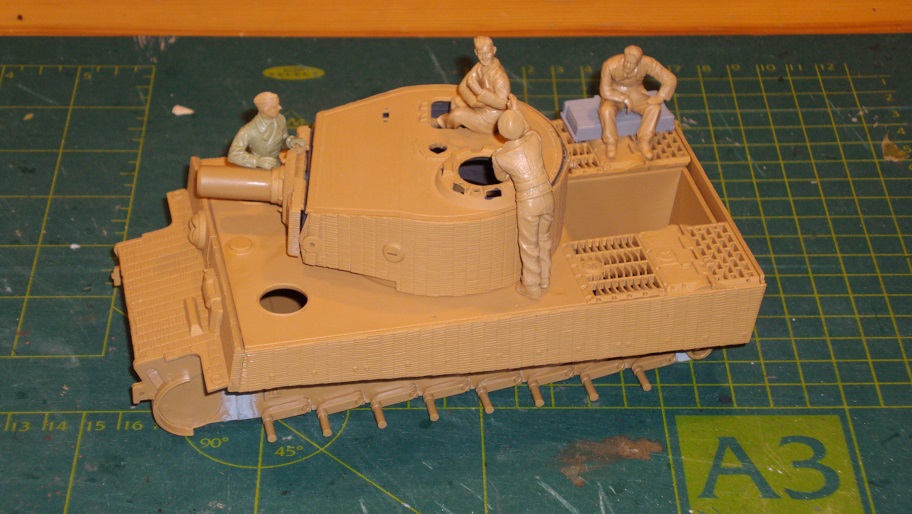 Some of the references I use(d):
Tiger im focus - a site in German