The panzer received a number of differently coloured washes. Someone on the Twenot-forum suggested using different colours on different panels in order to break the white monotany, so I tried that. I wanted to create an air of coldness, so went for cold colours. Lighter blues for the upper surfaces, darker blues for the lower ones. I even experimented a little with greys and even purple. Not to fond of the latter, though.
After that I started on the detailpainting and some drybrushing. Te rubber rims were painted german grey to stay in tune with the overall paleness and several wooden shafts were drybrushes with browns, to suggest wear on the paint because of use. Several other tools were drybrushed using the same principle. Tools often used were drybrushed more than others.
I then gave the deeper recesses/shade areas another pinwash to bring them out more. The gunbarrel was completely covered, suggesting gunpowderresidue.
The exhaust was drybrushed with rust and a complete wash to suggest the heat and rust eating their way through the white paint

I then wanted to take pictures of my achievements in daylight, so I started setting up a primitive "studio". An even coloured light blue cloth as backdrop and some boxes as stands.
The result was a very yellow looking vehicle..
I changed the cloth for an offwhite one and the vehicle looked quite blueish grey.... 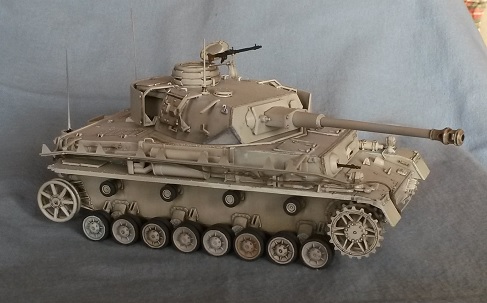 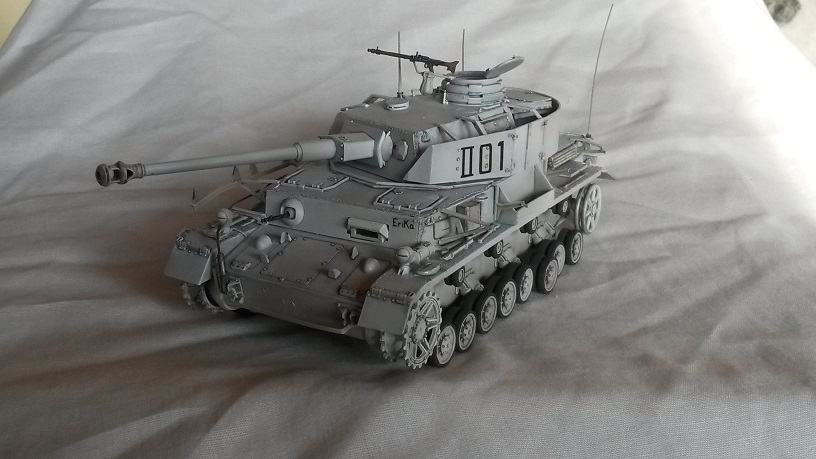 So I figured I'd used a clear white backdrop instead and while I moved disaster struck.... My foot caught in the cloth, dragging the entire setup, including model, down. My parental reflexes prevented the model from smashing into the ground, but many of the more delicate parts broke off; antennae, gun+mount, left armorplaterack....
I used my cellphone as a camera. It makes better pictures than my camera. And being between the model and the source of light does not make for the best, clear pictures either. 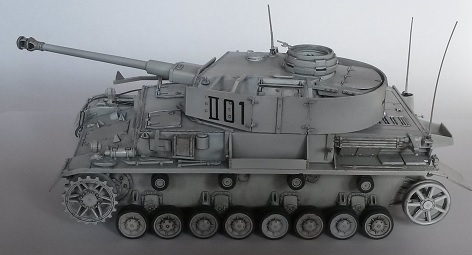 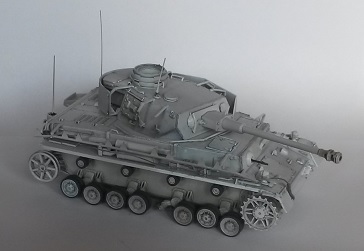 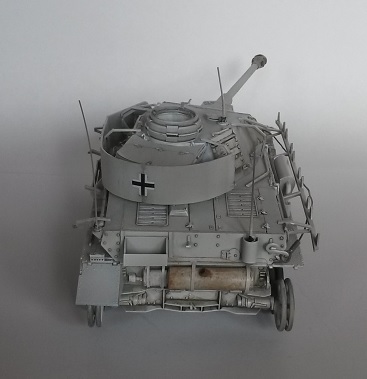 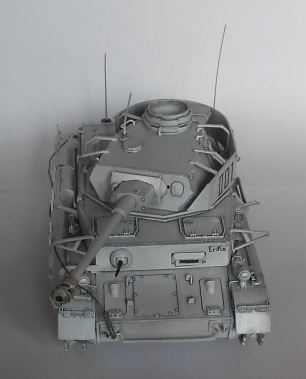