I completely forgot to show the updates.....
By now I have come a long way in the painting process. I have been thinking a long time on how to paint this one. At first I thought on using a sort of angular pattern, like the Swedish M90, but with different colors; more greys and browns. However looking at the figure I abandoned that idea. It would be far to complicated to achieve, since painting this one, with all the cast on gear and details would prove hard enough as it was. I studied a number of experimental patterns and one caught my attention; An experimental US Marines pattern. However I also like some others and since I did not want to copy any particular one, I decided to mix some patterns and colors and come up with one on my own. A selection of what I had been looking at;
Some Asian (Filipine?) patterns; 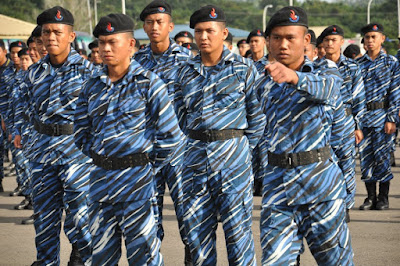 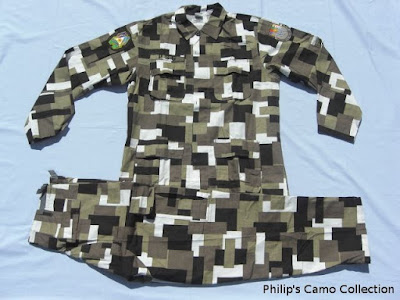 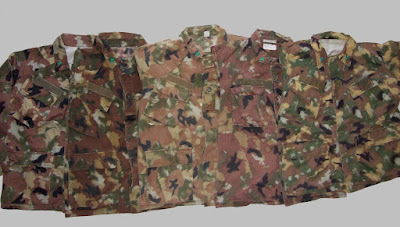 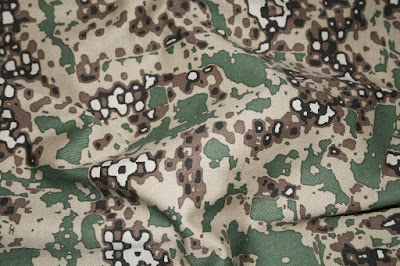 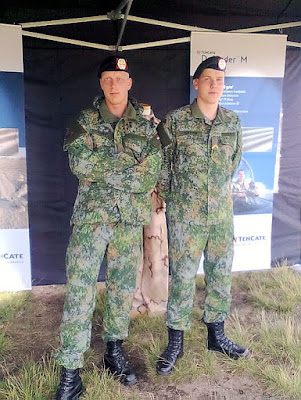 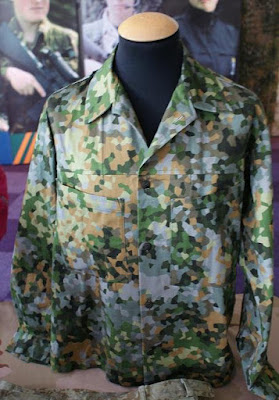 The base is a light sandy colour (Tamiya Buff), over which light grey (Andrea confederate grey) angular patterns were applied, a bit as shown. Then I proceeded with dappling on a pattern in green and brown (vallejo Russian uniform and English uniform), a bit in the fashion of the modern German Bundeswehr-pattern, but in bigger patches.
The reason for the choice sand/grey/brown and green was that it seemed more urban to me than the usual camo-patterns.
During the basic painting I added white to all the colors on the shirt, grey to the colors for the pants and I kept the colors as they were for the helmet and bodyarmour. This way I wanted to show fading through wear and differences in production.
I enhanced those differences by adding a neutral wash to the shirt, a brown one to the pants and a dark one to helmet and armour.

The facemask and the pistolholster I panted vallejo's panzergrey, replicating rubber, the pouches a variation in greens, like Tamiya olive drab, khaki drab, the grenades Tamiya JN green and the straps in a free mix of buff and one of the mentioned greens. The leather elbow protectors are a base of Andrea Red leather with a drybrush of medium flesh and a dark wash and the leather leg- and kneeprotectors are Lifecolour German camouflage brown with a drybrush of red leather and flesh and a dark wash.