Corporate peacekeeper part 5 - it is done... 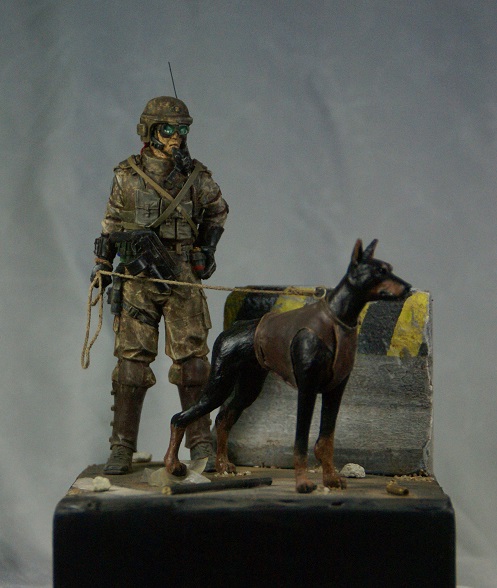 I added a good deal of washes and pastelchalk powders to the lot, all the while thinking on how to bring more life to the street. I thought about adding a newspaper, but could not get that right. Neither did I get a decent representation of a sodacan or something like that. I thought of plastic bottles or maybe even an empty oil can, but found nothing suitable or useful. So I went for debris of a fight; some rocks that had been thrown, a boken batton, a spent shellcase from a (gas)grenadelauncher and a puddle of suggestive, dark liquid in a corner. And still there was something missing. So at the very last I added some roadmarkings in white. The sand is used to mask glue spills. Now it looks good....
The powders I used are ground up pastelchalk, using browns for the street/tarmac and greys for the concrete roadblock. With the browns I brought the figure into the scene too, by dusting up the lower half of it.
A problem I faced was the dog's floating right hindleg. I shoved an old "plastic bag" underneath it, so the dog has a reason to lift its paw. The plastic bag adds a nice touch to the messy overall look. 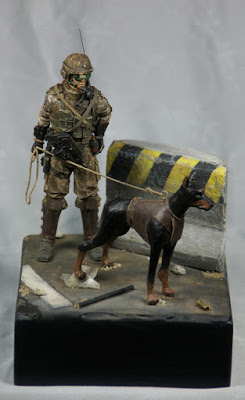 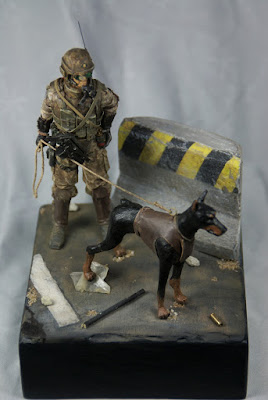 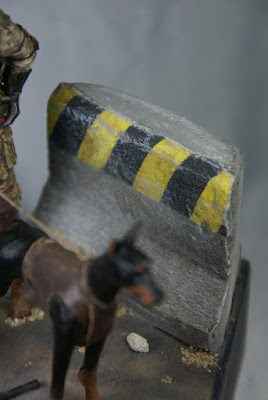 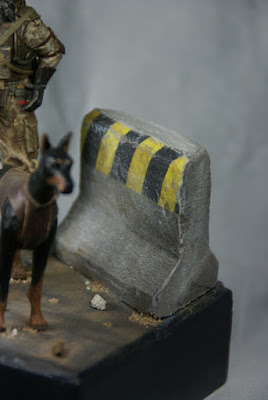 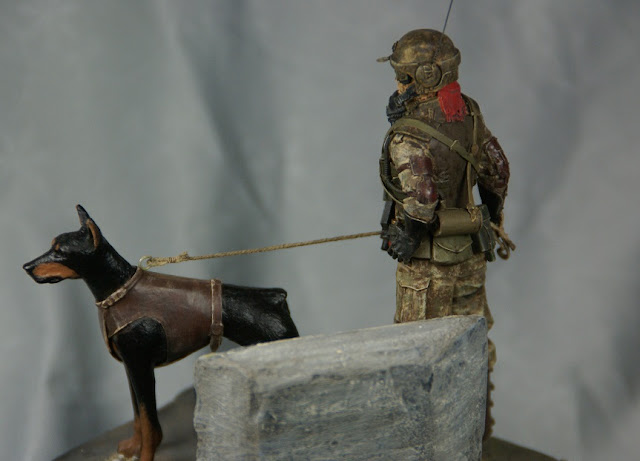 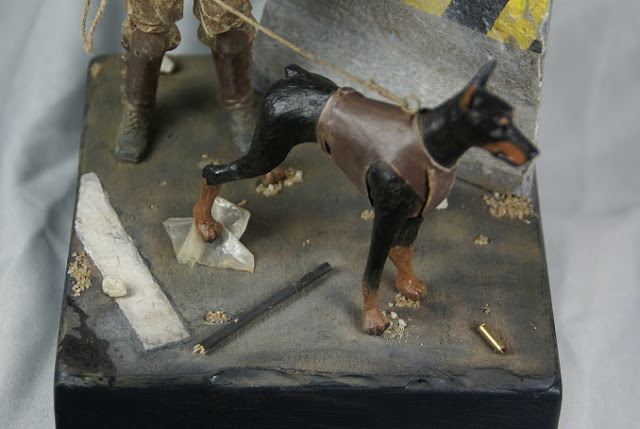 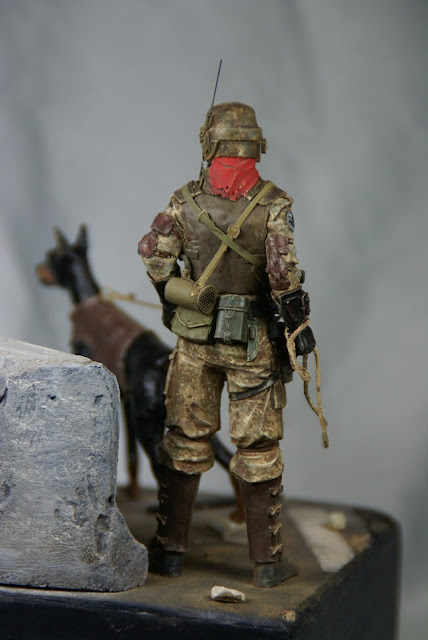 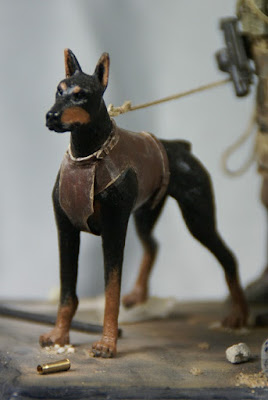 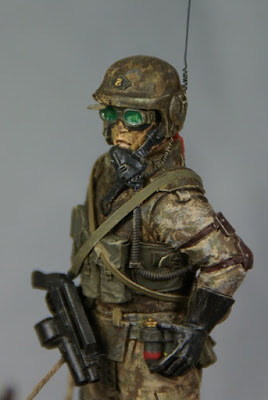