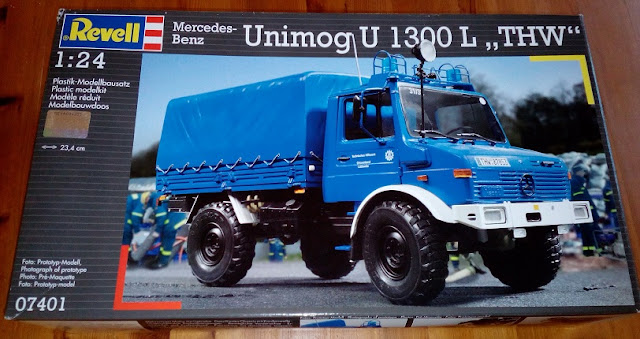 An inbox review....
What do you get for your hard earned cash? A Large box, full of bagged sprues in white, grey, black and of course blue. A hard, bright medium blue.... Being a military builder myself that did take  some getting used to.
I am pretty sure I took pictures of the content before I started, but these somehow mysteriously vanished. So I'll give you some images I found online, on other people's sites and hope they will not mind me using/sharing those for the common good.
Here is an overview on a Swedish site; http://www.super-hobby.se, which happens to be exactly the same as the English version here; http://www.model-making.eu. The pictures of the contents do not do them justice though, so I went for a German site http://www.modellversium.de, which featured an article by Markus Berger from 2010. This review is in German, but the images are very clear and the article itself is very to the point and orderly. Just the way I like it.
Why do one myself? Because I need to fill this blog.... ;) But seriously, I feel that there are a number of issues that need to be addressed.
But first the contents as shown in mr. Berger's article: 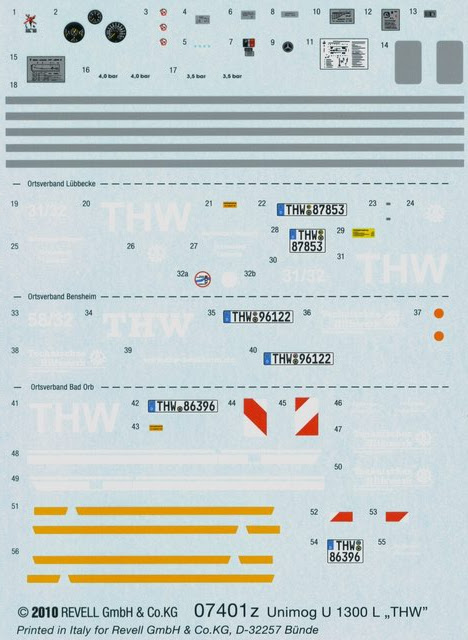 He also provided a link to the https://www.scalemates.com page, where the lineage of this kit can be seen, which immediately explains one of the issues I was facing. It clearly is an old kit, being first released in 1985 and thus old and well used molds, hence the copious amounts of flash and casting seams on my model. Even some misalignment appears to have occurred. I'll get back to that later on.
The kit in itself I suspect to be the same as the initial Bundeswehr-version, released in 1987 with some new parts like the flashlight arrangement and the searchlight. The presence of the small black sprue, the cab roof mounted machinegunring plus (very) rudimentary machinegun seem to confirm this.
The casting itself is actually pretty cleverly done. The main parts are cast in blue, which correspond with the actual colours of the original vehicle and matches it pretty closely and so are the white parts, like the bumper and fenders. This way even a novice or someone who does not like to paint can depict a reasonable version of the real deal. Images of real vehicles show very little colour variation between body and tarpaulin too, so not much to worry about their either.
Something I do have mixed feeling about are the vinyl tires. They do look toylike to me and I know that over time the material often will deteriorate, making it brittle. On the other hand nothing depicts rubber better then "rubber" and with a bit of work that should work here too. I'll have to wait and see if I will go for resin wheels/tires in the end or not.
Now the fitting..... As I said my kit showed quite a bit of flash around a good number of parts and very visible mouldinglines too. All this does require a fair bit of attention, cleaning, sanding and dryfitting and I would therefor not recommend this kit to an absolute beginner. Fit is quite poor in places and might (most likely will) lead to problems and frustration.
When using references I noticed a good deal of omissions too. One of the first things I noticed, was a complete absence of interior in the loading bay, although that is open on the back and thus is very visible. Another one is the absence of the main door windows! Neither are there any windows for the cab backside. Which I think is very strange. However there should be a small strip of clear sheet in the kit and the instructions have a template, which requires you to cut the windows from that yourself (step 61). In my kit that sheet was missing. The kit instructions also provides a template to cut strips in order to make something that would look like planks on the inside of the tarpaulin, as shown in step 69, but I really do feel this is a cheap and easy way out by Revell.
I'll get into more details as I progress in the build, but these are my initial findings. I am sure that with a little extra effort this should turn out to be a nice kit.
Upplagd av Ron kl. 08:06