In the final steps I added some extra details, decals, chipping and weathering.
There was something missing and looking at a sparehose/cable that came with the kit I knew what; a connection between the gun and the suit. I glued the cable to the underside of the gun and used a spareparts as a connectorbox on the outside. I also added an armored antenna on top, being an airplane sparepart in 1/48. Since I had done the pattern already these became field adaptations, so were painted in basic olivgreen. I deliberately painted the ammo-drums in different shades of green.
The airintakes on the lowerback are non original. Aircraft spareparts there too.
The markings consisted of German crosses, a vehiclenumber. 46, a unitmarking in the form of a circle with a V in it, personel markings like the name Grisslybär and 2 matching bears in blue, oakleaf honorary badges (an idea snatched from Warhammer 40k), rankinsignia on the back of the head (as US troops used to have) and a reflecting marker on the lower rear end. The killmarks are self explanatory.
The vision slits received a thinned down bright green so replicate armored glass inserts.
I then added neutral and dark washes and weathered it all and tried my first rainstreaks.
So far I am pleased, but for now it will remain in the glasscabinet until I have figured out what to do for a base.... 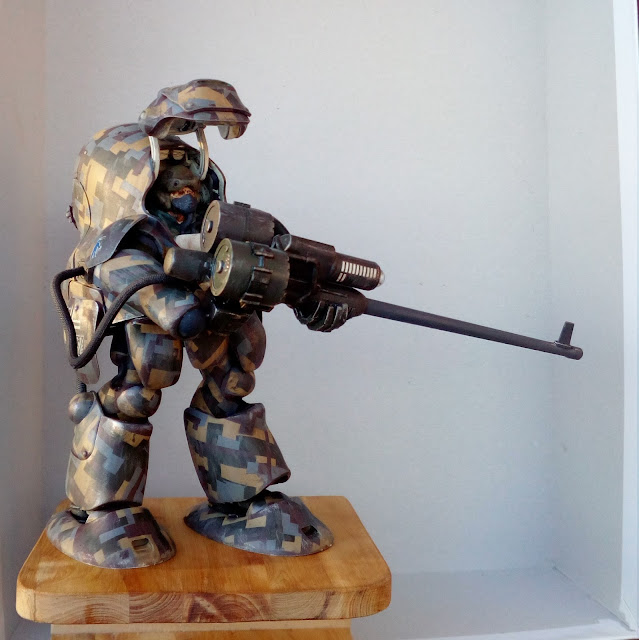 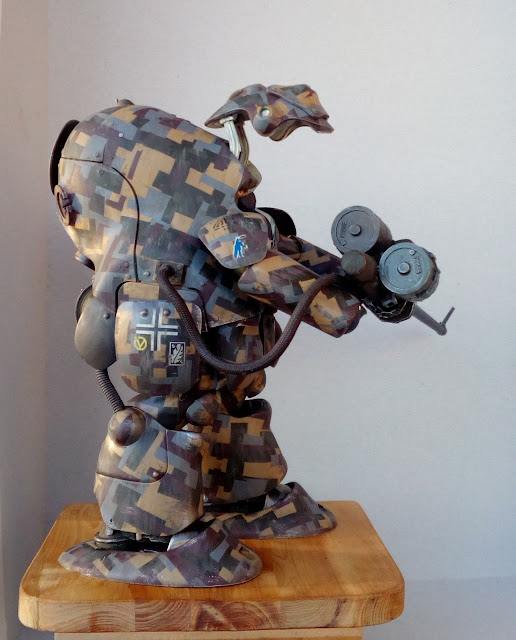 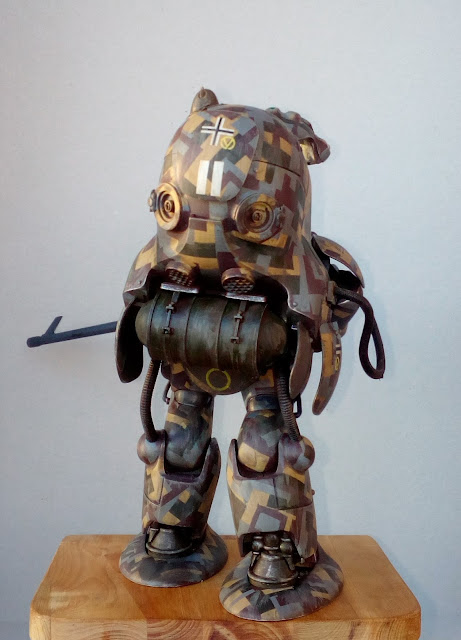 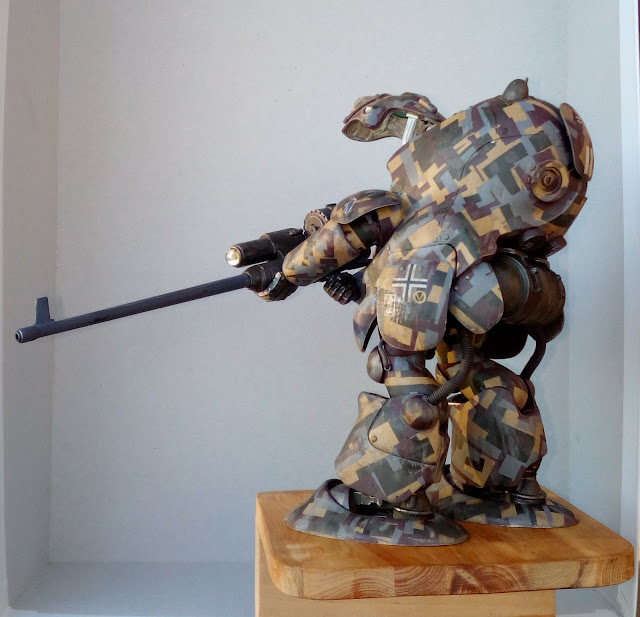 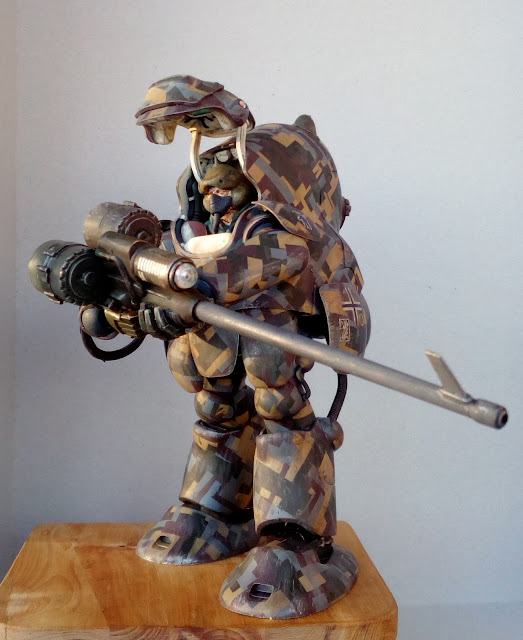 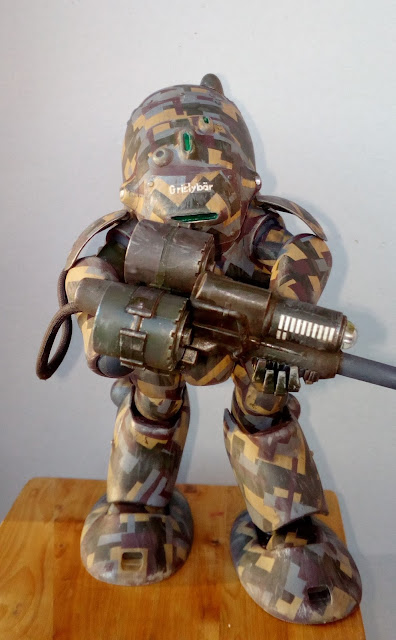