There is little to say about the build itself. I pretty much followed the instructions and within one evening I had assembled all the major components.
What I really liked was that I could assemble and disassemble the figure, due to the locating pegs and vinyl sockets. That should make painting a lot easier later on. One thing I did struggle a bit with was the connection of the armor parts of the lower and upper legs and the arms. These leave a visible seam right down the middle and some putty and sanding was needed. The plastic is easy to work with, though.
Some care should be taken with the interior! I slightly misaligned the 2 upper insides, parts A14 and A15, step 14, which proved a problem later on, when trying to close the suit. I was forced to cut the edges of these parts down, as you can see in the picture. Because of the misalignment the front of the interior does not match either. There is a gap left. So dry fit and dry fit again! This mistake was entirely mine, since the overall fit is excellent.

The interior is nicely done with a lot of details. Too bad most of it will become invisible after closing the suit. The engine, albeit rudimentary, will be completely hidden. No real use in building it, at least not in the version I intended. 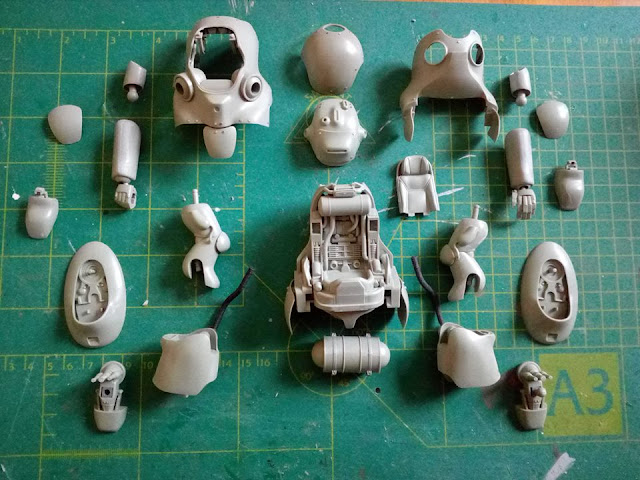 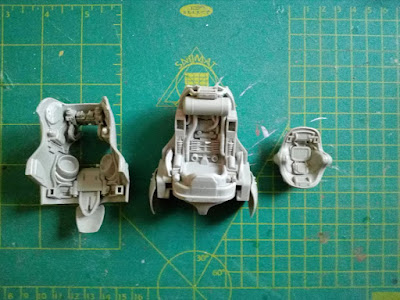 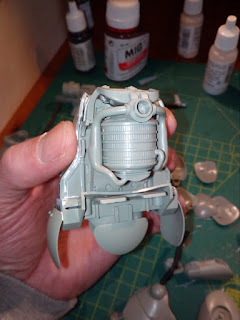 Now the thing with the gun...
I felt that, for such a large machine the gun was..... puny. It really needed some beefing up!
I had three options; the original barrel (no), a 120mm T-55 barrel in 1/72 (seemed to flimsy) or a 76mm Sherman barrel in 1/35.... Now we're talking! Both the latter barrels are turned aluminium ones from my spares box.
With this barrel the gun no longer can be supported by one hand, so I added a front grip and added the second ammo-drum, just for good measure. The assigned location on the model is absolutely illogical, since it could never be reached anyway! 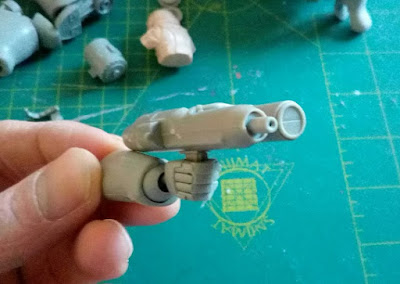 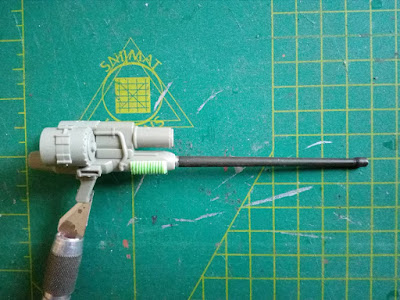