Traditionally the toughest part for me; painting. I have a tendency to grind to a halt here.
But not this time! This one was too much fun!
With the interior I did not go all out. Just some rudimentary colours and picking out major details. The interior is done in ivory, such as the Germans in WW2 used. It would become German themed anyway. Some dark grey hoses, a few brightly coloured cables, just because and a green tinted visor. Leather for the seats and arm openings and a wash of dirty grey completed this exercise.
The figure was done in shades of green, dark grey mask and of course fleshtones. When I had installed the figure I noticed I made a mistake.... I had forgotten the eyes!! 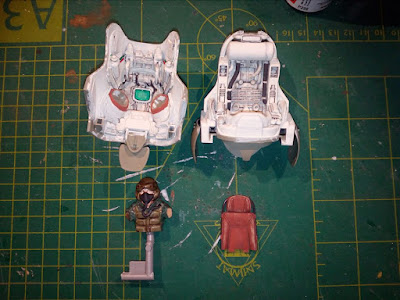 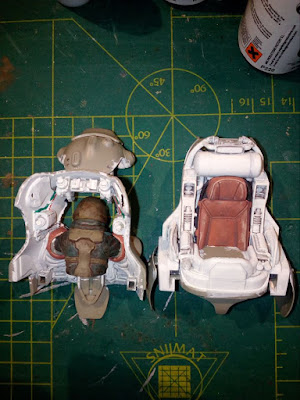 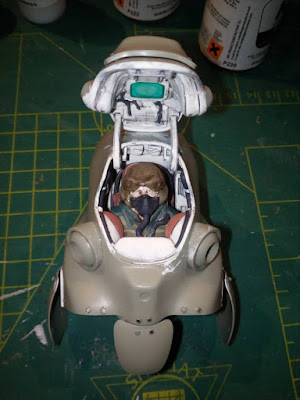 In the previous image you can see the hexagonal boltheads I used instead of the suggested plastic rounded bolts. They'd be hard to remove and NOT lose from the sprues and I did not like their shape either.

The intended colourscheme would be based on modern versions of the digital camouflage patterns such as the Chinese or Ukrainian or even the Cold War version of the US army or British. I was actually aiming for the US pattern... but with German WW2 colours. The Ukranian version mimics that quite well, but I found that picture later! 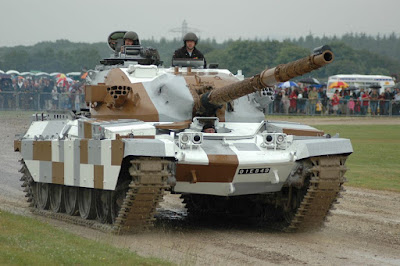 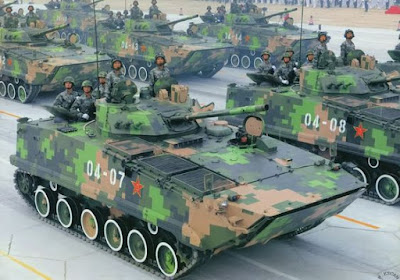 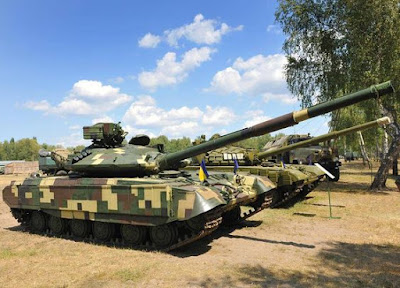 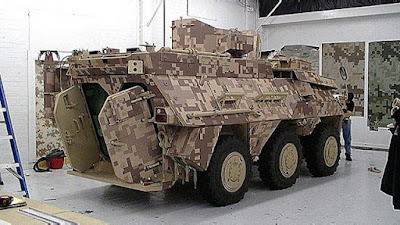 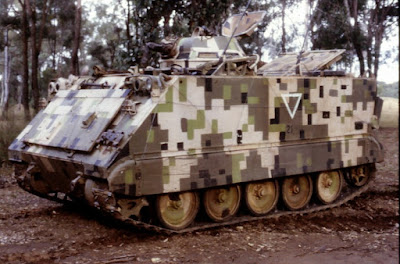 The first layer was an olivgreen blended together with leftovers from Tamiya (oliv)greens. Then masking with strips of tape with equal width. The next layer was a medium grey for contrast and here I made a mistake. Paint to thin and distance between nozzle and object to small. I ended up blowing paint in between the strips of tape! A lot of touching up to do, but paint dries differently when sprayed or handpainted. So a bit of a patchy finish there. Damage repairs in the field.... 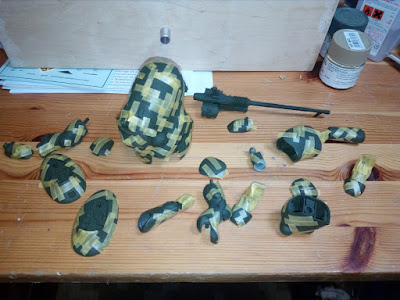