I continued with the painting sequence.
After I had done the green and grey, touched it up and let it dry, I reapplied masking tape, sprayed the German dark yellow (4 parts dark yellow and 1 part buff), peeled off the tape, blinked my eyes, swallowed hard, let it dry and applied the tape for a final time. Now came the brown; 3 parts red brown + 1 part flat black.
I then removed the tape for the last time and got a surprise....
Stating that the pattern isn't exactly as I had hoped/thought would be an understatement, but the result itself was better than I imagined!! I love it!
As you can see I did some work on the gun too. I added a front sight and its top alignes with the centre of the lamp, now dubbed camera, on top of the gun. The idea is that this way the driver can aim his gun by pointing it at the target and aligning camera and sight. The duóuble ammo-drum matches the beefing up perfectly.

Getting the colours right on camera proved difficult under artificial light.
When taking this I got a real shock; the right upper arm was missing!! I turned the house upside down to find it, but to no avail. In frustration I started cleaning up my workbench and guess what. It rolled out from between some old building manuals! It hadn't even been painted in the camouflage!
Let's just say it is a replacement for a damaged part. You'll also notice some still green shields. These I had forgotten during one of the masking processes, so the pattern was incomplete or suffered from overspray. New parts those too, then. 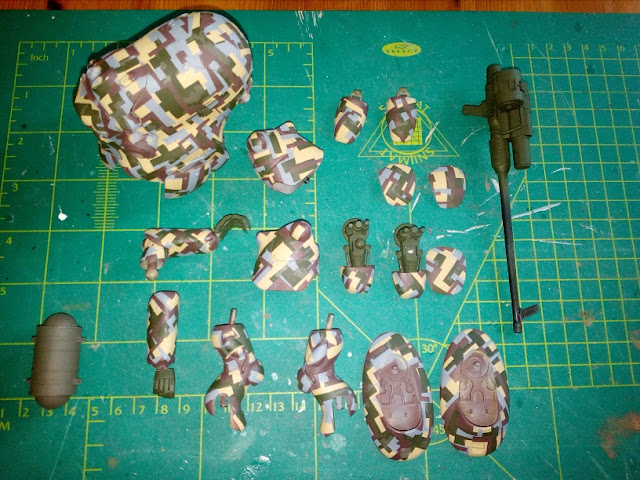 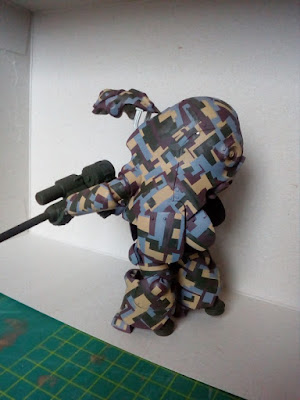 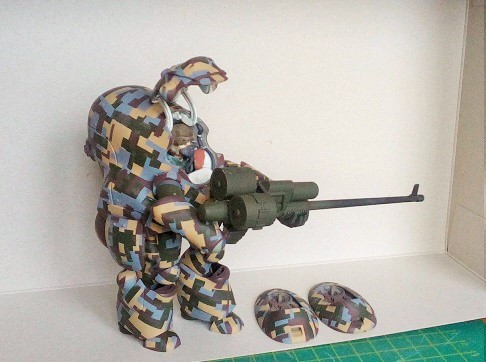 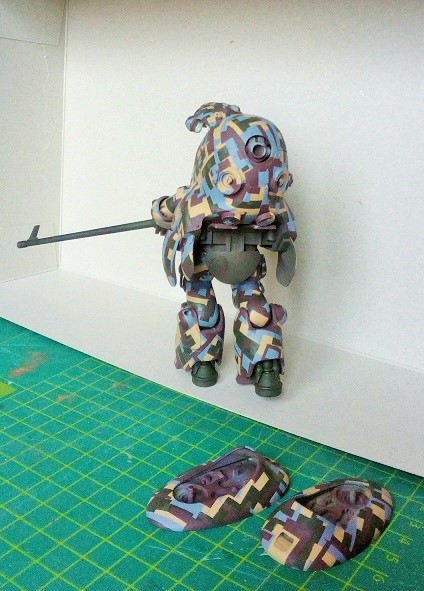 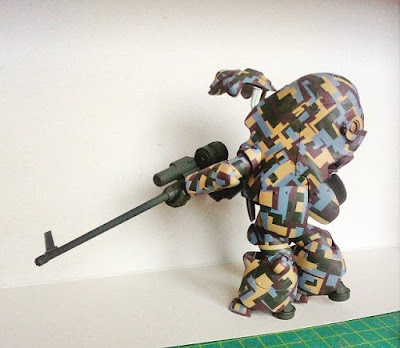