So I started working on the Porpoise figures and I must say the quality is very good. However no assembly guide is provided. You'll have to do with one photo on the box. The casts in my figures was flawless. Not a single bubble or warping.
When handling them they emit a smell reminiscent of Tamiyaäs grey filler, though. The resin itself is very easily workable and the castingblocks are placed cleverly, so little cleaning up afterwards.
The fit of the parts is so well that the figures can be assembled almost without glue. I added a small piece of bluetack, so they wouldn't fall apart when handling during the "photoshoot".
I did not alter the figure, but will add a gunsling after painting. 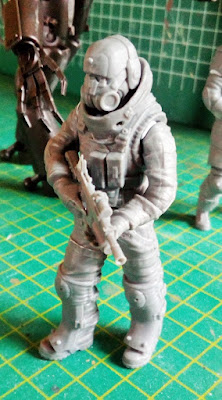 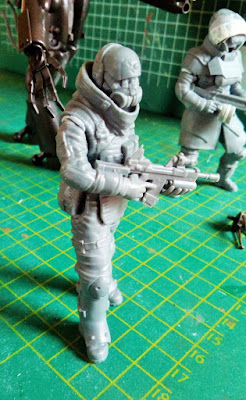 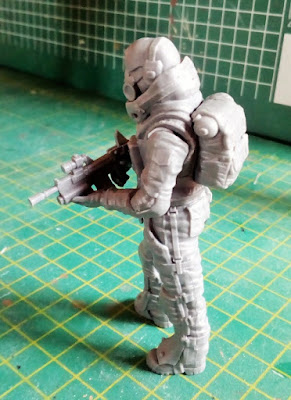 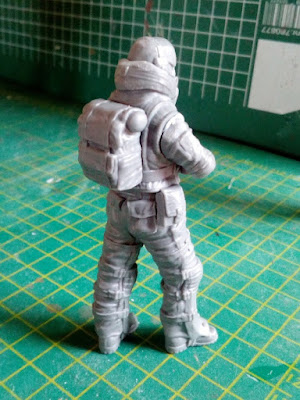 The smg carrying figure however does have a serious glitch...
He has 2 left feet!!! 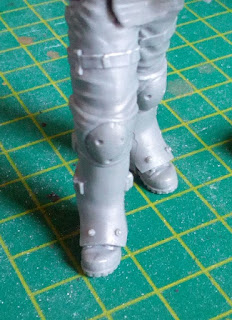 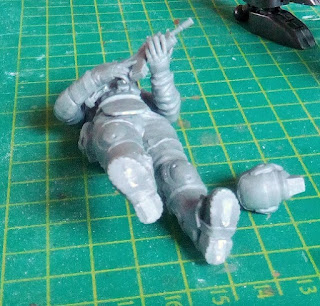 The shotgun figure I did some work on. It had a hood that looked too short, revealing a strange gap between mask and hood and the pose with the shotgun not only looked strange, I felt it fitted not right either. I started with added a strip of styrene, so the hood now hangs a bit over the mask, concealing that weird gap. I then cut off the hand with grip, removed the drum magazine and carved out an area on the inside of the underarm, so the butt would fit snugly. I then repositioned the hand with grip and created a new, more suitably sized magazine out of 2 1/35 German landmines and a disk of thick styrene. The angled edges of the mines create a slight recess between the disks. A gunsling will be added after painting here too. 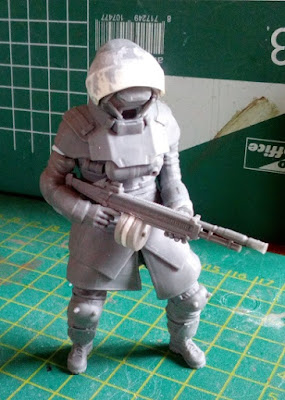 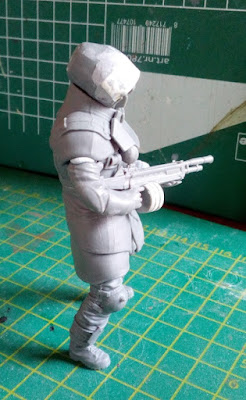 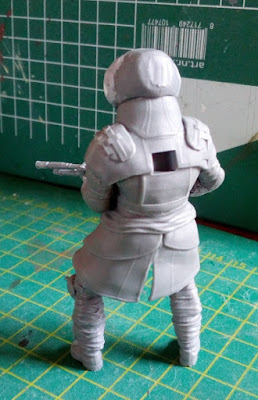 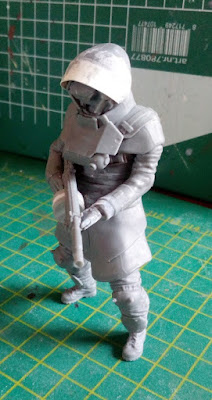 Here you can see the altered posts compared to the as-is figure on the box. 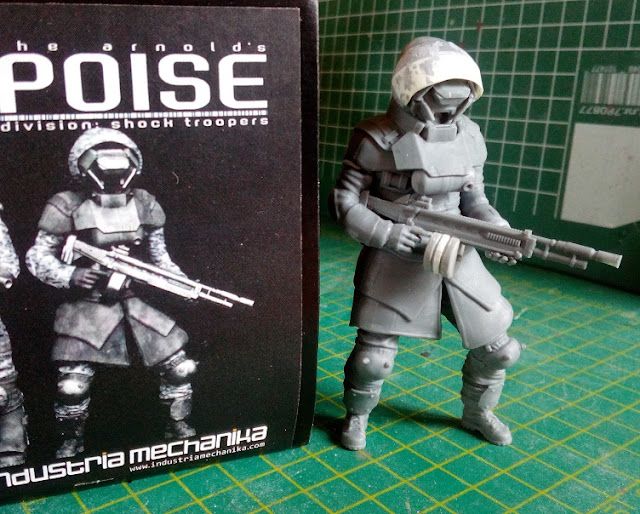