It's been quite a while again and the Tamiya M3A2 has been shelved once more. I might just get around to it, eventually, but not now.
Now it is time for yet another 1/20 scale Maschinen Krieger. This time it's the Falke. Occasion for this new build was the finished redoing of my mancave and now it is a proper and functional corner to build in. 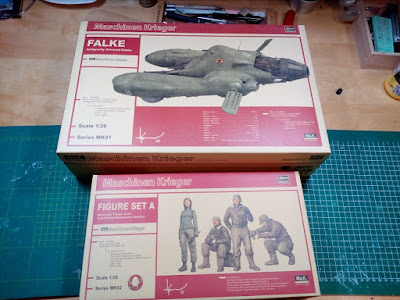 As with the other kits I have built or are building, parts are quite big and construction is fairly straight forward. Fit in this kit is very good actually. Upon looking closer I found some very familiar bits and pieces on several of the parts.
The hull itself is made up of 2 huge parts; the upper and lower hull Same goes for the engine and interior. Large parts here too with the add on of a number of smaller ones Apparently the idea behind the Falke is being a antigravitational aircraft. At least that's what I take the large bulbs on the underside for and it has 2 wing-like thingies It also has a large maingun fixed to the underside of the craft indicating it is rather high flying.
I however decided it was not an aircraft, but a hovering vehicle, which means that there will be some distinct differences once I am done with it. Differences like a higher placed weapon that both swivels and turns. No wings either, but steering flaps And why doesn't it have a landinggear?? 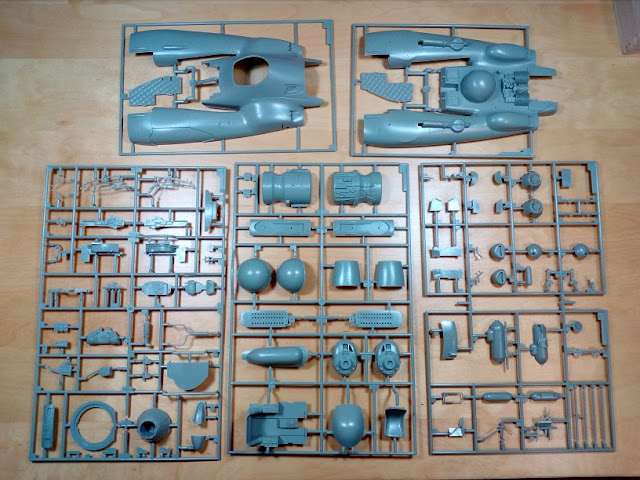 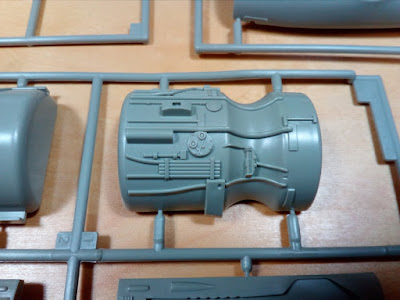 Looking at the previous and next picture you can make out parts resembling 1/72 scale and 1/35 scale parts from other kits most likely.  The pilot's seat for instance has 2 1/35 ammunition magazines from a 20mm German antiaircraft kanon. 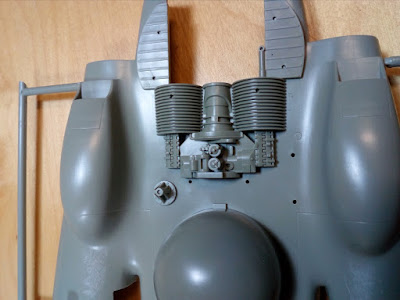 The downside of this kit are the figures, mainly their soft details But I guess that is because of their age They aren't exactly state of the art 21st century figures, but with care they should make pretty decent figures nonetheless. 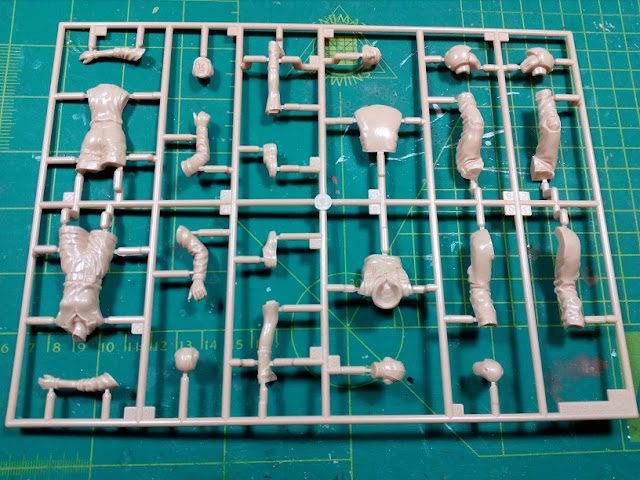 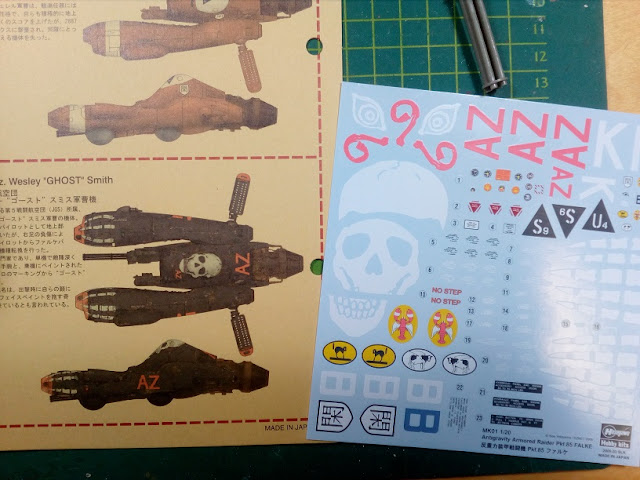 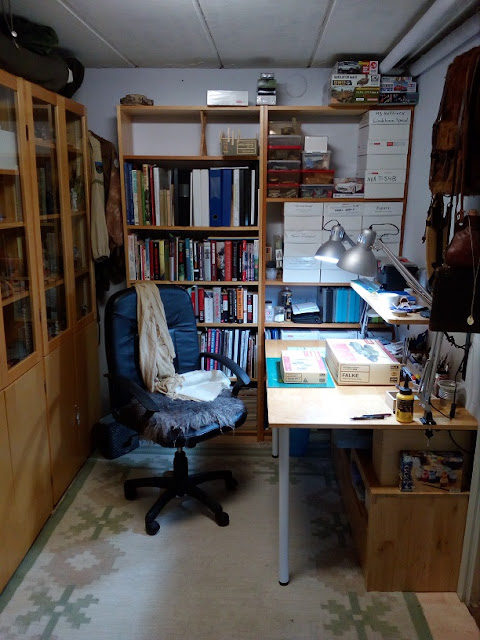