I have been planning on this for a while, but now my P.K.A. finally became Swedish! It became a Hagglunds UPI61(p) - Utrustning Pionjär Individuell 1961 prototyp (standing for Equipment Pioneer Individual).

It was painted in Tamiya's German grey and I replaced the large box by a tank. It just did not look right. The tank is painted in Tamiya's Olive drab. Via a Swedish scalemodelling facebook group I got hold of some Swedish markings and the "4" came from the sparesbox, as did the text on the tank (a Sd.Kfz.251 stencil in 1/35).
A first coat of dark wash was applied and now I am working my way toward weathering. Since it is to depict a new vehicle/suit, damages and weathering will be kept to a minimum. 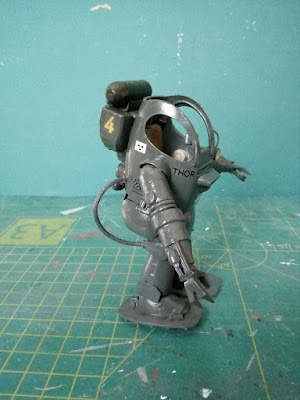 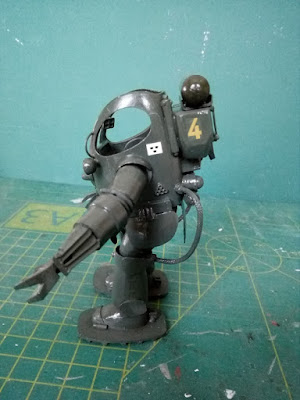 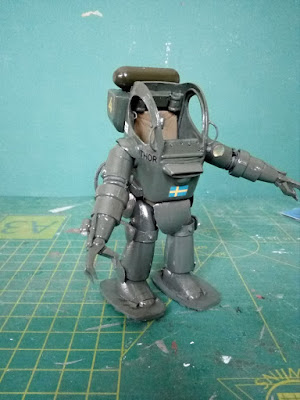 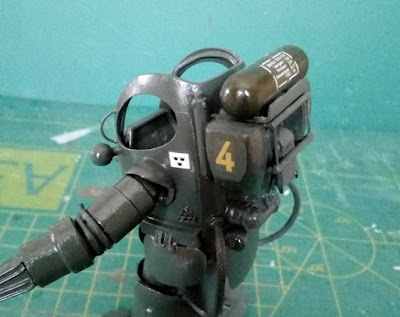