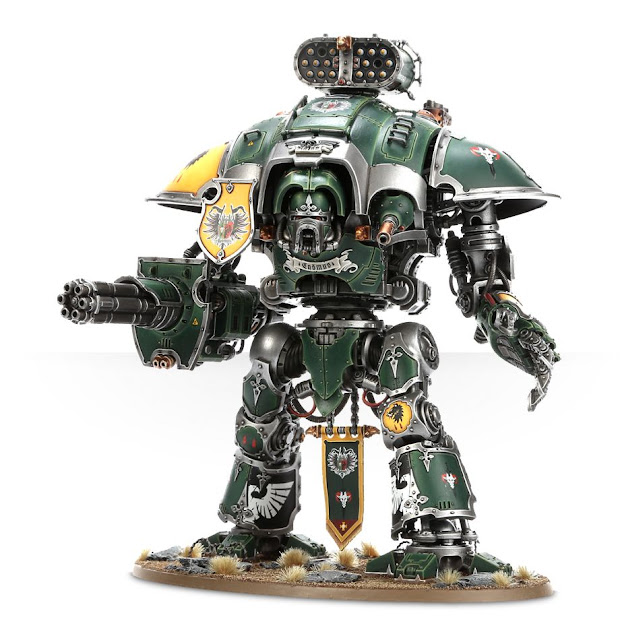 I am no real stranger to the world of 40K, but not a veteran either. I have had some encounters through an old friend of mine, for whom I did some scratchbuilds and recently I have been kind of hooked on sci-fi, fighting robots, suits etc. in the form of Yokohama's Maschinen Krieger or Ma.K in short. It did not take long before I came across the Imperial Knights, whilst browsing the net and I was sold from the beginning!
The looks of this machine, the brutality and just outright awesomeness, the colours and the markings.... I decided there and then that I was going to get one some day. The price however decided that that day would be some time in the economic better future. It is no cheap kit with retailprice just hovering over 1100 SEK.
I have been drewelling over this kit for quite a while and finally I jumped at purchasing one, when I (thought I) got a good deal. Turns out that the seller "forgot" to mention he was selling a deboxed one without the original decals.....
Nevertheless, when it got delivered I could not wait to have a go at it, hence I forgot to take pictures of what I got!! So I took the liberty of taking and using the pictures from the official Games Workshop website. I do not think they would object.... 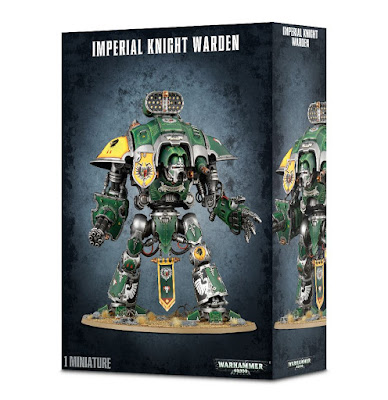 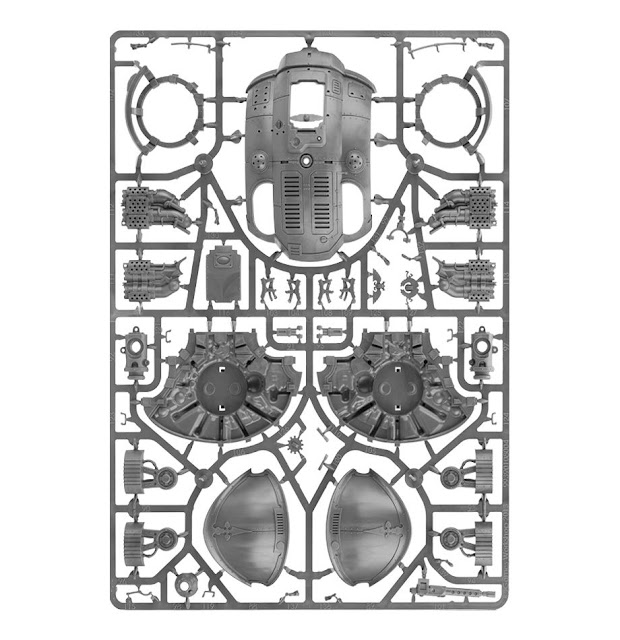 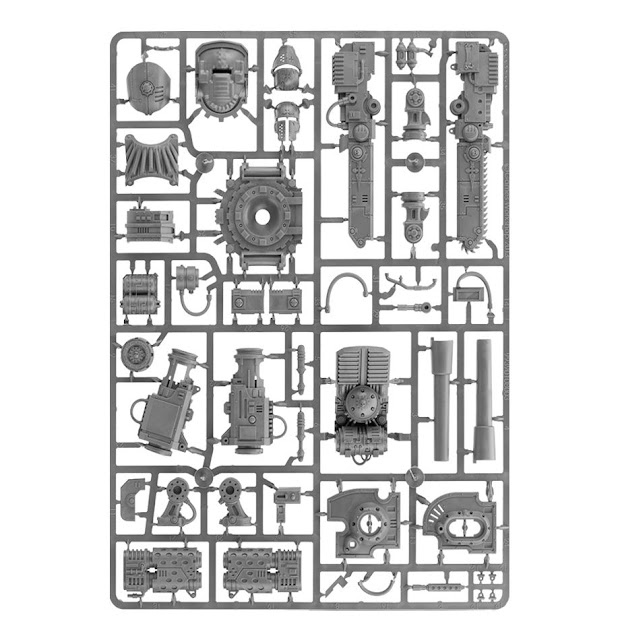 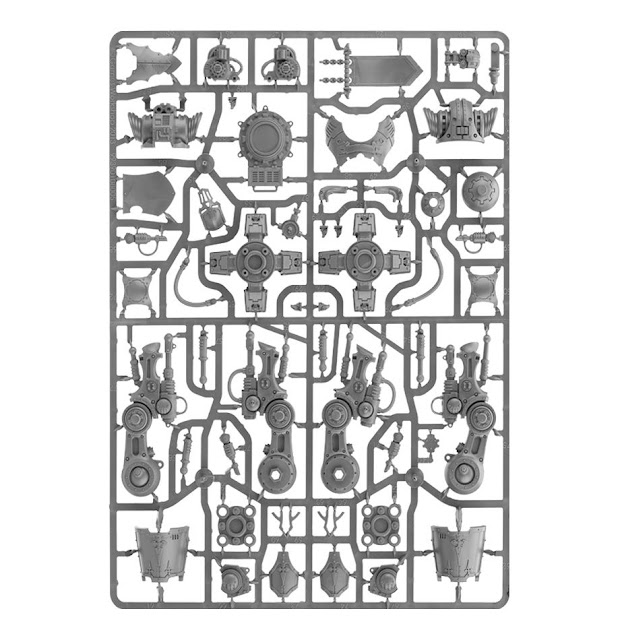 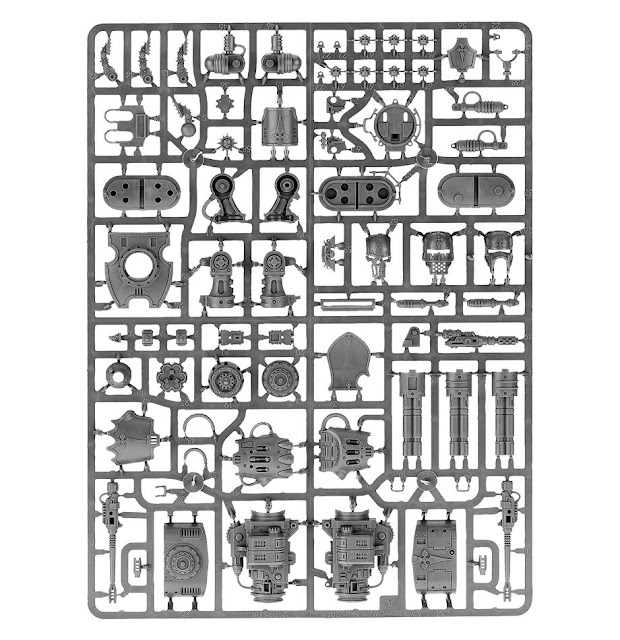 When I opened the package I was impressed by the sheer volume of the spruce, the size of the parts and the look of them. Stunned is a better word really. The casting an detail is superb!! Now I was even more bummed out that the decals were not there, since that prevented me from doing the version as is shown.
What I quickly found out is that the plastic is very workable and the fit matches the casting and detail; top notch. The kit literally falls together after minimal cleanup. You can actually pretty much build its major components and assemble them without glue. Fits like a snapkit!
During the build, whilst still being annoyed about the decals, an idea started to take form... It would mean that I would not build this kit as intended by me..... or even Games Workshop! But I'll show you more of that in a future post. For now I will stick to the kit itself.
The breakup of the parts is done cleverly, so that most connections are in places where panels etc. would be anyway. You will end up with a lot of spareparts as well, as the Warden sprue is an addition to the original Imperial Knight kits, which are still included. 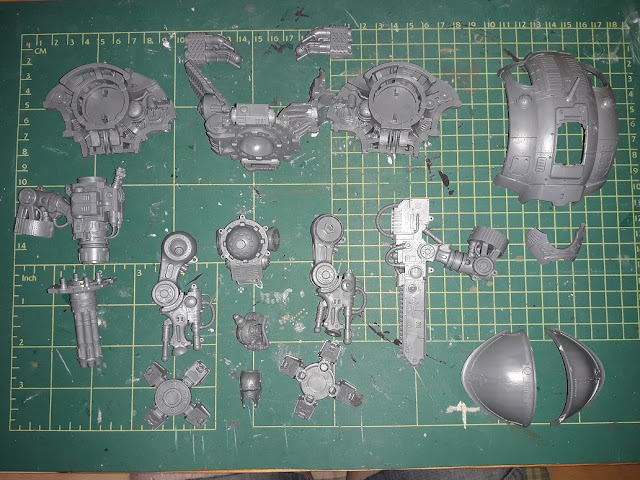 The weapons of choice 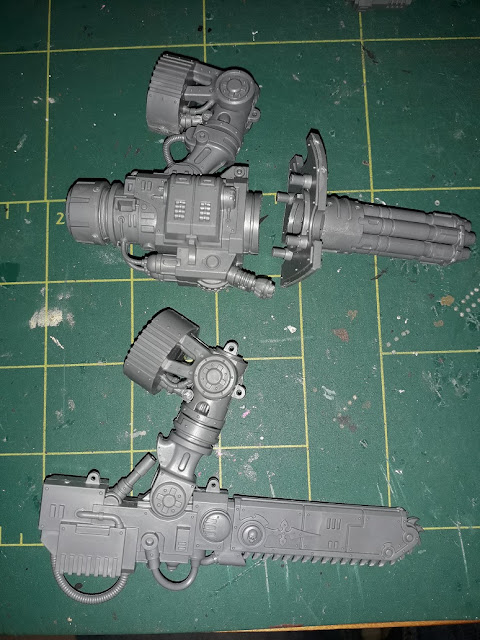 And this beast is huge!!
Comparisson to a 1/20 Ma.k!
...and still being able to break down in the subassemblies shown. 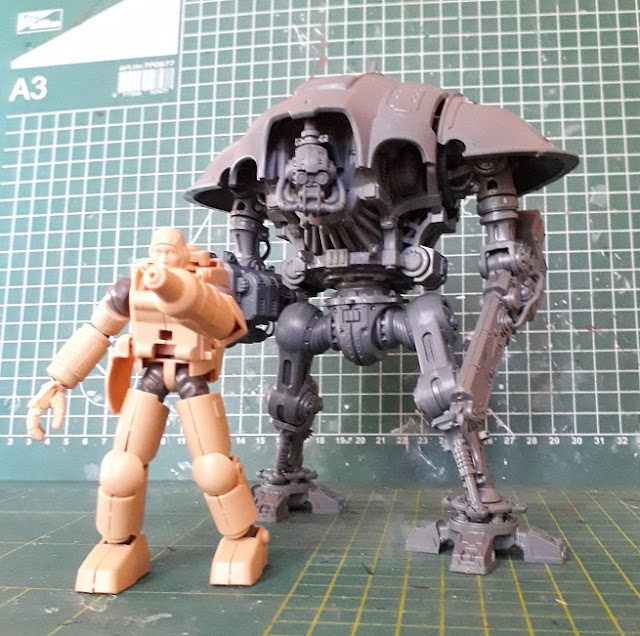 As for the price.... Well, yeah... Pricey. But worth every penny of crown. Just compare it to kits that are similar sized. Especially here in Europe.
Upplagd av Ron kl. 13:08