Work on the mix 'n match diorama is slow progress, but progress nonetheless.
Some far I have been reworking 2 of the Masterbox figures, which turned out to be a real pain. In case of the trooper quite literally so, since I ended up slashing up my left indexfinger, causing me to almost faint. But after my bloodsacrifice to the Gods of Scalemodelling it turned out that it was accepted and they granted me proper results with the sleeves and helmet. 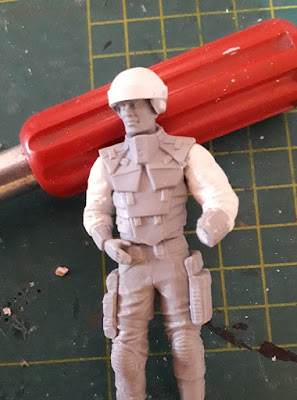 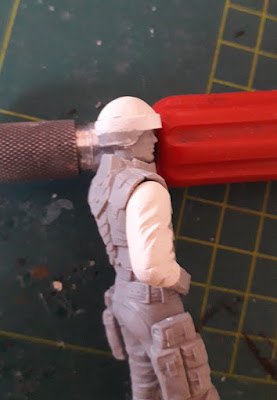 The Polar Bear-pilot received some additions in the form of augmentations to the left side of the head. Off with the mohawk and left ear. I drilled out the left eye and added a vision- and hearing aid plus a metal sheet to the skull. Extra scars will be added later.
In terms of fitting into the suit I had to perform major surgery to the right leg, making the angle much smaller and I had to remove the feet in order to reposition them later. 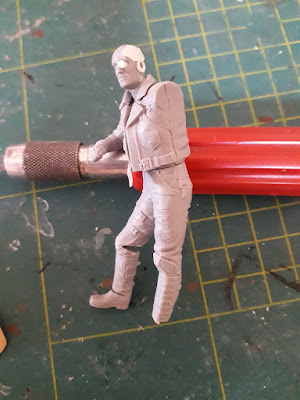 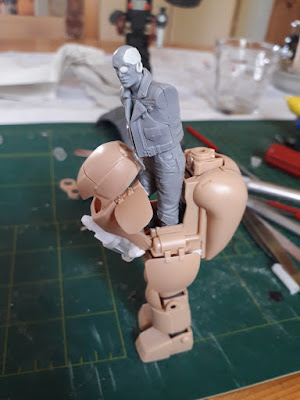 The suit is being severely reworked in order to show it opened up. I had to cut out the armopenings in order to have the open up outwards and redo the entire midsection, slightly widening the pelvisarea, fixing the legs in place permanently and scratch build an interior, which I made a start with.
I also added a spare missile to the front, ready to be reloaded into the launcher arm. 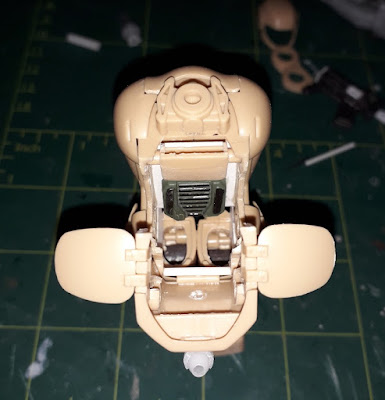 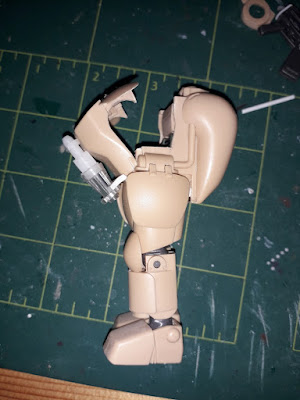 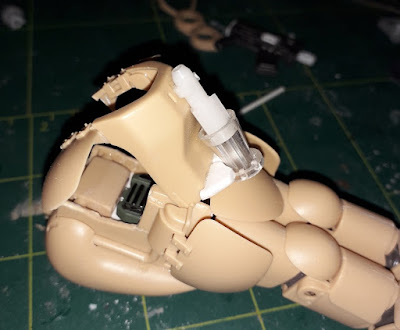 I also paid some attention to the armament. The missile is made up out of parts of a plastic pen, I added a lasgun-like barrel to the kitrifle and modified a toygun to look bolter-like. 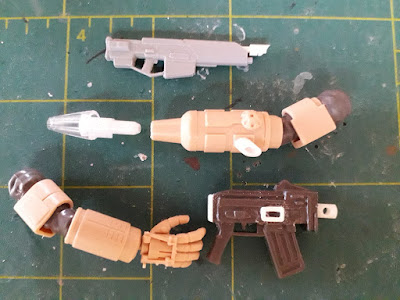 I also added some internal detail to the Knight Warden. I wanted to depict a panel blwon open by an impact, showing some internal damage. Because it gives me a plausible reason to show panels open, since I like that in or on models. Adds a lot more interest and life to them.
The parts come from broken electronic devices, such as computermouse, switchboardwire and 2 Ma.K hoses from the Polar Bear. 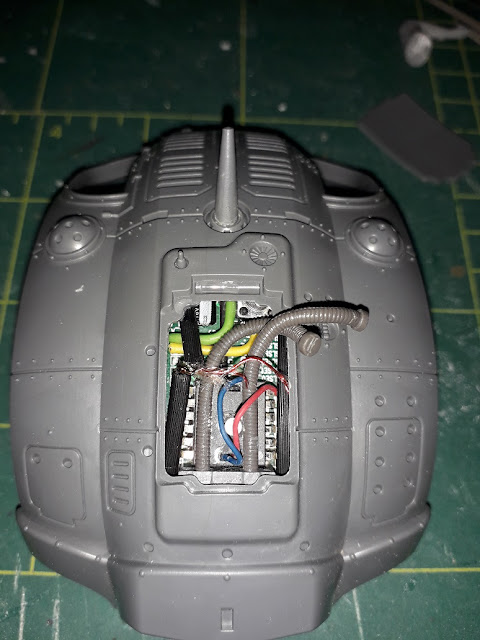 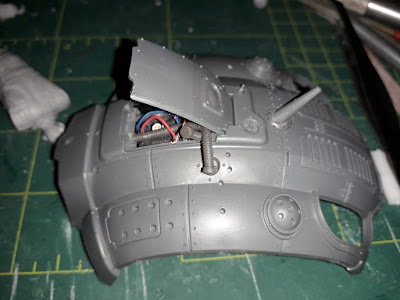