Before I start of on my "Operation Urgent Fury"-build, I want to show you the basic contents of Tamiya's M151-kit.

First the boxart. This clearly is inspired by a picture of a 82ns US Airborne M151, shot in Grenada 1983. The similarities are just too great to be coincidental. However Tamiya chose to add a .50cal machinegun, something not only the picture doesn't show, but something that was rarely done, since the recoil of the .50cal would damage the frame of the M151. Out of all the footage I found I found 2 pictures with said weapon. All others were M60. 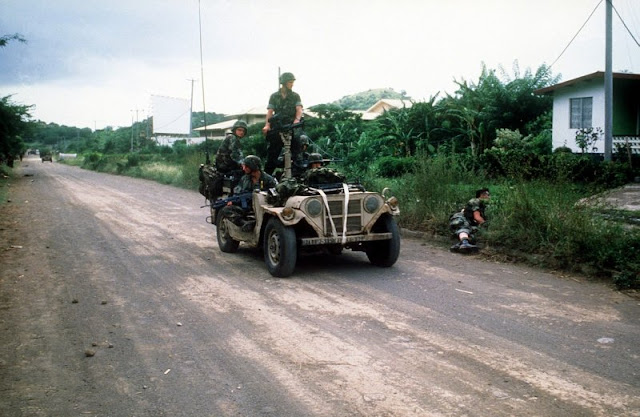 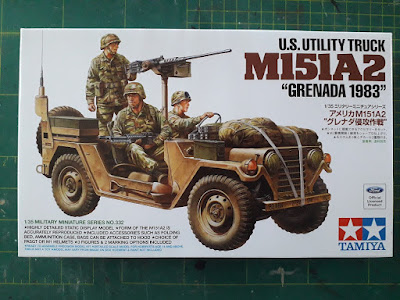 Sprues A & B; both are the standard sprues for all Tamiya older M151's, which is a shame, since they missed out on this one. They did cut corners by not creating a new driver, but retaining the old one, the M60 is no longer up to standard, but you get new and better ones, so points added there, yet they did not correct an omission with the frontsuspencion that has been plagueing every kit. I will get back to that during the build write-up. 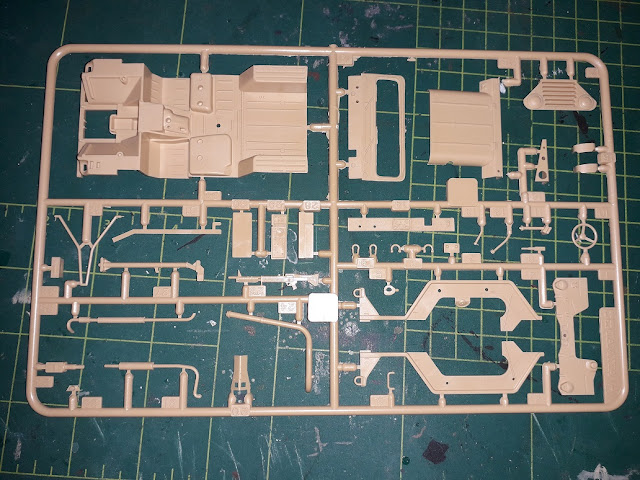 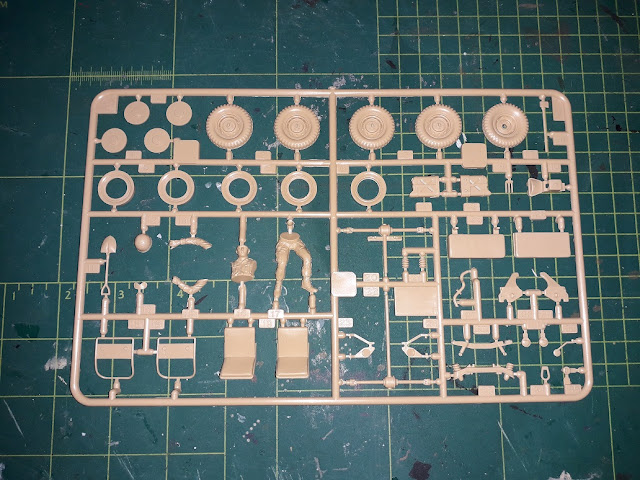 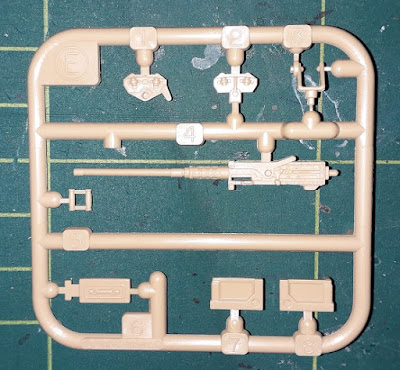 Sprues Y&Z;
Here are 2 new figures, but the gear probably looks familiar to Tamiya-users. Some come from their modern equipment-set, but I do not recall having seen the gunmount before.
The new figures show some interesting features, such as sharply creased uniforms and wearing the M-1959 LCE! A feature I only found on Rangers deployed to Grenada!
I have been told that it was a hodgepodge of uniforms and equipment during that deployment, like steel and kevlarhelmets being used side by side and both in combinaton with camouflage and green uniforms, but the M-1959 I only foud on the mentioned unit! 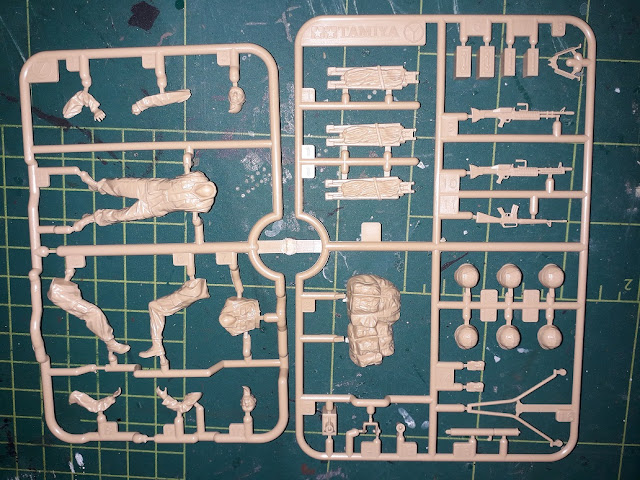